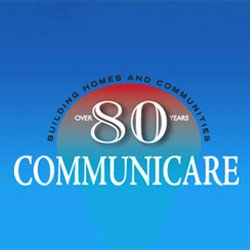 In 1929 a group of concerned citizens including pioneers like Zerilda Steyn, William Mason and Bishop Lavis decided to form a Section 21company to help address the huge housing crisis in this country. Originally named The Citizen’s Housing League Utility Company, the aim was to provide housing opportunities for the poor and to “represent a spontaneous sympathetic desire on the part of citizens to take a share in the colossal task to promote the human touch and to bring in the new factor of private monetary assistance”.

The Citizen’s Housing League Utility Company was renamed Communicare in 1990. Since its inception the organisation has left a deep imprint on the landscape of the Cape Peninsula. For many the company offered the only opportunity they had to own a house of their own. For others it was the rare chance of gaining access to affordable, quality, accessible rental accommodation where they could raise a family with dignity.

Communicare now owns and manage 3600 rental units in well located areas. The Company’s first project of 28 houses in Crawford was completed in 1930.