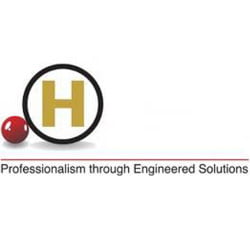 The Horne Group has over 30 years’ experience in providing advanced engineered solutions in Mine Hoisting and Conveyance Safety and Impact Arresting.

Horne Hydraulics CC was initially started in 1974 in South Africa and was run by 3 partners. In 2004, the company was bought by Andre du Preez, the current CEO, and has remained under his leadership since then.

Due to the company’s international expansion, Horne Hydraulics CC opened in 2007 Horne Conveyance Safety Ltd in Barrie, Ontario, Canada. The Canadian operation has since grown exponentially and is now housing the company’s headquarters. During 2012 the name was changed to the Horne Group, to reflect more appropriately Horne’s increased involvement in the global mining industry and the increased range of products. The Canadian operation supplies and supports the Canadian, North American and South American markets.

The South African branch of the Horne Group, based in Johannesburg, houses the Manufacturing and Engineering facilities as well as the centre for Sales and Service to the African continent.

The Horne Group manufactures all its local products in its factory situated in Spartan, Kempton Park with the exception of 3 products which are partially imported and partially manufactured at the factory.

Horne South Africa boasts testing facilities for several of its products. Where testing cannot be done in the factory it is carried out at the Council for Scientific and Industrial Research (CSIR) in South Africa. The CSIR is one of the leading scientific and technology research, development and implementation organisations in Africa.

This website uses cookies to improve your experience while you navigate through the website. Out of these, the cookies that are categorized as necessary are stored on your browser as they are essential for the working of basic functionalities of the website. We also use third-party cookies that help us analyze and understand how you use this website. These cookies will be stored in your browser only with your consent. You also have the option to opt-out of these cookies. But opting out of some of these cookies may affect your browsing experience.
Necessary Always Enabled
Necessary cookies are absolutely essential for the website to function properly. These cookies ensure basic functionalities and security features of the website, anonymously.
Functional
Functional cookies help to perform certain functionalities like sharing the content of the website on social media platforms, collect feedbacks, and other third-party features.
Performance
Performance cookies are used to understand and analyze the key performance indexes of the website which helps in delivering a better user experience for the visitors.
Analytics
Analytical cookies are used to understand how visitors interact with the website. These cookies help provide information on metrics the number of visitors, bounce rate, traffic source, etc.
Advertisement
Advertisement cookies are used to provide visitors with relevant ads and marketing campaigns. These cookies track visitors across websites and collect information to provide customized ads.
Others
Other uncategorized cookies are those that are being analyzed and have not been classified into a category as yet.
SAVE & ACCEPT
Follow us on Social Media
twitterfacebooklinkedin
Request your Event, Webinar or Expo listed here
Want to advertise your business with Cape Business News?
Contact elise.jacobs@cbn.co.za
Contact shaun.austin@cbn.co.za
Contact editor@cbn.co.za
Contact heather.ferreira@cbn.co.za
Contact robin.dunbar@cbn.co.za
Contact sales@cbn.co.za