BUDGET 2020 is the best we could have hoped for in difficult circumstances. In essence, it aims to constrain consumption spending relative to capital expenditure, while recognising that persistent tax increases are counter-productive and constrain growth.

Budget 2020 is firstly about cutting the wage bill

At the heart of the proposed spending restraint, which decreases Main Budget non-interest spending by R156.1 billion over the next three years, is a R160.2 billion decrease in the government’s wage bill. This implies average consolidated compensation growth of just 3.5% in nominal terms over the next three years. Including other spending cuts, the total expenditure reduction is R261 billion. In turn, the impact of wage restraint is partially offset by additions and reallocations of R111 billion. The latter includes R60 billion for Eskom and South African Airways. Overall, the cuts are deep enough to ensure a decline in non-interest spending in real terms over the next three years.

On paper this is exactly what was required, but it does rely heavily on the ability to negotiate the necessary wage restraint, which suggests forecast risk. Also, the Main Budget non-interest spending cuts are somewhat back-ended with a net decrease of R8.8 billion in 2020/21, followed by net cuts of R60.9 billion in 2021/22 and R86.5 billion in 2022/23.

On balance, the Budget keeps the level of tax constant

On the tax front the adjustment to personal income tax, reflecting a higher than inflation increase in brackets and rebates “costs” the fiscus a net R2 billion. Carbon tax and an increase in the plastic bag levy increase the state’s revenue by R2 billion. On balance therefore the proposed tax changes have no impact on tax revenue.

Even better, taxes are aligned with economic growth

Main Budget revenue falls from 26.1% of GDP in 2019/20 to 25.8% of GDP over the next three years. This, along with the intent of broadening the tax base, fits with the objective of aligning the tax structure with the growth objective.

However, despite these bold steps, the Budget deficit remains wide and the debt ratio continues to increase over the next three years.

The Main Budget deficit of 6.5% of GDP in 2019/20, was way off the mark by some distance compared with the initial Budget of -4.7% of GDP published in February 2019. This reflects a revenue shortfall of R 63.3 billion, as well as increased support for state-owned enterprises (mainly Eskom). The deficit remains wide at 6.8% of GDP and 6.4% of GDP in the next two fiscal years. Meanwhile, the primary Budget deficit of -2.6% of GDP for 2019/20 (projected to decrease to -1.1% of GDP by 2022/23) falls short of the surplus of at least 1% of GDP required to stabilise the debt ratio.

That the debt ratio continues to increase over the years ahead reflects the extent to which South Africa’s fiscal trajectory has deteriorated amidst high expenditure levels (total consolidated expenditure remains high at 35.9% of GDP in 2020/21), although it does ease to 34.9% of GDP in three years’ time) and an inability to protect the balance sheet of the state, as reflected in the ongoing drag from ailing state-owned companies.

Given this starting point, a return to fiscal sustainability by taking the right steps today will likely take years.

Can SA keep its investment grade?

Attention will now revert to Moody’s. A key requirement is stabilisation of the government’s debt level, including guaranteed debt of state-owned companies (mostly Eskom debt), while the agency also stressed the importance of raising the potential growth rate.

Does Budget 2020 do enough? The government’s focus on competition policy, implementation of the Integrated Resource Plan, a willingness to leverage the private sector and to promote and incentivise small and medium enterprises, while supporting industrial parks, along with measures aimed at improving the ease of doing business (and lowering the cost of doing business), should help promote growth over time.

But, the continued upward march in the debt ratio remains a problem. While this continues, downgrade risk remains. 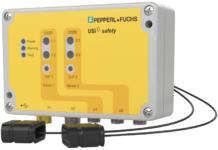