When it comes to catastrophic engine failure it’s like murder or a serious road traffic crash – no one openly and automatically assumes responsibility or accountability until proven beyond a shadow of doubt. In todays’ world, original replacement parts are expensive, especially in the case of engine failure which makes participants even more resistant to assuming costly ownership.

The latest vehicle warranties offered in the market – as much as four years with unlimited distance – increase expectations that any catastrophe during this period is warranty-covered, especially engine failure. Nothing could be further from reality.

Observes Steven Lara-Lee Lumley, Technical Manager at WearCheck – “A colleague of mine believes engines don’t just simply die, they are murdered. It’s a dramatic approach, but then at WearCheck we take an engine’s death quite seriously.”

“In the case of murder,” says Lumley, “A crime scene is cordoned off. Forensic teams examine the evidence. The cause of death is determined, and a murder case is opened based on the strength of the evidence collected which is usually bizarre in nature requiring forensic pathologist expertise.” Lumley adds further: “Similarly, when reviewing oil analysis data, a forensic approach is also required incorporating a combination of science, experience and gut instinct. There is an explanation for every oil analysis result obtained but that explanation is not always apparent and requires the abilities of a very special kind of pathologist – a mechanical pathologist, a WearCheck diagnostician.”

Monitoring contaminant levels in lubricating oil is one of the main functions of oil analysis. Contaminants can be classed as being either internal or external. Internal contaminants are generated within the mechanical system such as wear debris or combustion by-products that accumulate in an engine’s oil as a result of burning diesel.  After lengthy interrogations with several suspected engine oil contaminants, WearCheck has compiled forensic profiles on what we believe to be the most vicious killers known to diesel engines.

And finally, the foremost engine killer, the internal coolant leak – the ‘cool killer’. This was responsible for 13% of all engine related problems detected by WearCheck in 2018. This is the most brutal engine killer of them all. Major diesel engine manufacturers estimate 53% of all catastrophic engine failures are due to cooling system problems.         Internal coolant leaks have been known to cause oil filter plugging, abnormal wear and additive precipitation.

Lumley sums up – “Many engine operators are unaware of the danger engine oil contaminants create and what inevitable fate they can lead to in terms of equipment availability and lifecycle. Protecting engines and ultimately equipment from the harmful effects of contamination and lubricant degradation begins with a proactive mind-set. In the proactive mode an oil analysis programme can be utilised to identify the root cause of failure as well as reduce the failure rate. The value of proactive maintenance lies in its ability to extend component life by controlling the root cause that can lead to engine failure. The cumulative effect of oil contamination on engine reliability, fuel economy, exhaust emissions and maintenance cost can be considerable. Therefore, proactive maintenance techniques like oil analysis are vital to mitigate the risk of engine failure.” For much further detail /diagrams please visit http://www.wearcheck.co.za/shared/TB67.pdf 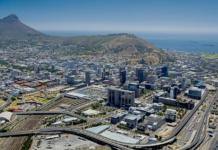 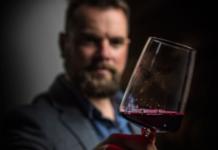 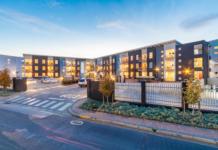 Service and range makes an institution

Road closures ahead of SONA