South African President Cyril Ramaphosa’s latest pledge to support Eskom is good news for the cash-strapped electricity company — but some investors are balking at the prospect of increased sovereign-bond issuance to pay for the bailout.

Ramaphosa told lawmakers last week South Africa would bring forward part of the R230 billion earmarked for Eskom over the next 10 years. The Treasury hasn’t budgeted for additional support over and above the R23 billion allocated in February for this and each of the next two years.

“Additional front-loaded support will mean an increase in bond issuance as revenue and cost-cutting measures are currently insufficient to fund Eskom’s support,” said Mike van der Westhuizen, a portfolio manager at Citadel in Johannesburg. “Until we have exact numbers in terms of immediate support needed, or the actual plan, it’s difficult to calculate the effect on the fiscal situation.” The premium of 20-year bonds over two-year securities steepened on Friday to the most since January as investors priced in the risk posed by Eskom to the country’s long-term debt path, according to Alvin Chawasema, a trader at Sasfin Securities in Johannesburg.

A wider-than-forecast budget deficit and failure to curb debt could result in South Africa losing its last remaining investment-grade credit rating at Moody’s Investors Service. Yields on benchmark rand-denominated bonds due December 2026 climbed by the most in more than a month on Friday, and that may just be the start, said Van der Westhuizen.

“The market is far too complacent at current yields on South African government debt,” he said. “Given the lack of clarity around Eskom, and other structural reform for that matter, the risks are heavily and disproportionately skewed towards bond weakness. The current debt-to-GDP trajectory does not look healthy at all.” 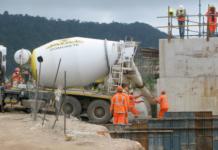 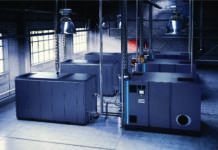