The city of Port Elizabeth is likely to soon have its name changed to Gqeberha, a Xhosa word used to refer to the Baakens River that flows through the city. The Eastern Cape Geographical Names Committee (ECGNC) have announced today this suggested and most strongly favoured new name, according to Netwerk24.

This comes after residents have spoken up about their dissatisfaction about the current name, as it has ties to the colonial era. Currently, the Xhosa word for Port Elizabeth, is iMpuma-koloni, referring to a colony. Mvusiwhekaya Sicwhetsha, spokesperson for the premier of the Eastern Cape, says that they are committed to choosing a name that aligns what the province is striving towards. “We are nobody’s colony,” he said according to Netwerk24.

John Steenhuisen, the new leader of the DA, criticised the premier about the decision to change the name, in light of the province’s water crisis. “A new name won’t bring water to people’s houses and food for the hungry animals,” he said in a statement. He says the drought should be top priority right now.

Zukile Jodwana, deputy chairperson of the ECGNC, said that residents have until November 30, 2019 to submit objections to the name. 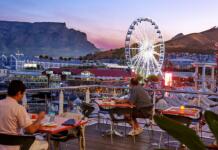 Save the dates for this year’s highly anticipated Nedbank Cape Winemakers...