CAPE TOWN-based data services business PBT Group has bucked the dour economic trend to produce a stunning set of numbers for the year to end March.

The group reported continued demand for services at good profitability in South Africa – which accounts for 88% of revenues.

In Australia there was subdued profitability and limited growth, but PBT continued to explore additional avenues for revenue growth.

Recently appointed PBT CEO Elizna Read said the group’s business model had been “slightly adjusted” to accommodate and complement the range of new technology stacks that were related to the group’s data specialisation. “Although data remains our focus, we have initiated a series of accelerators applicable to most of these technology stacks to enhance our services.”

She reckoned this was another strategy which would enable PBT to position itself as a differentiator in the market of data specialisation.

Read explained the acceleration approach was taken for various reasons – but mainly in consideration of new technology releases, faster throughput on delivery, as well as cost-efficiencies to clients. “Another important reason is that, although data explosion has continued, numerous clients not only have to absorb the new data platforms, but many of them are also in a process of migration – whether on premise, cloud, or a hybrid thereof.”

Read said the business demand for access to data was increasing rapidly and new techniques and approaches were inevitable.

“PBT’s accelerators are being developed to perform ingestion from source to target, code generation and mapping, as well as cater for a data quality framework and functionality to supplement the migration process.”

She stressed such accelerators were easy to deploy and enabled the data specialists to rather focus on data than the underlying technology.

Read noted that the past financial year proved again that the value of artificial intelligence (AI) and most analytical models could only be enabled through proper data engineering – which is PBT’s core business.

“The accelerators supplement our services to differentiate ourselves from our competitors, whilst not having to sacrifice our technology agnostic approach. We are generally well positioned to meet the increasing demands.”

Looking ahead to the new financial year, PBT remains focused on securing new clients and contracts as well as employing additional consultants.

While the capital-light business (with a strong balance sheet) is focusing on organic expansion, strategic acquisitive expansion will also be considered. PBT last made an acquisition in 2012.

In terms of organic growth, most of PBT’s clients are considered stock exchange listed A-grade clients with low counterparty risk; PBT’s investment presentation discloses that the group’s top 10 clients make up around 52% of total revenues. 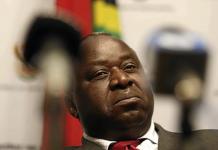 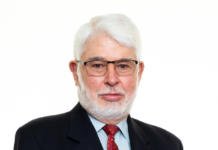 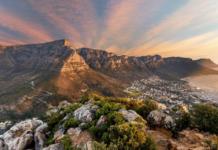