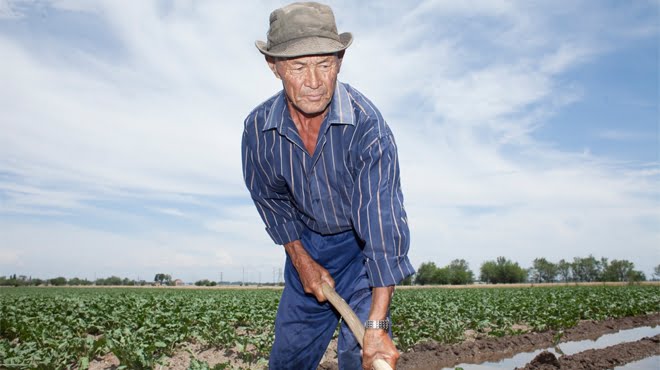 South Africa is facing the prospect of looming food shortages in the next 10 years as the country struggles to attract new talent to its ageing crop of commercial farmers, according to Deloitte.

Data from farming organisation Agri SA shows that the average age of a South African farmer is 62, considerably higher than the EU median age of 55 and also older than the US (58) and Australia (53,) a factor that is likely to put considerable pressure on the nation’s status as a net food producer. Compounding this is the fact that South Africa, which is already battling a chronic electricity shortage, is considered semi-arid in most parts with a 2009 World Bank study estimating that just 11.82% of its 1,221,037 km² of land is arable.

“The average age of a commercial farmer in this country is around 62 and we’re simply not attracting enough new farmers to the sector to fill the gap they are going to leave as they start to retire over the next decade,” says Omri van Zyl, a Senior Associate at Deloitte.

“If you think the electricity shortage is an issue for the economy, just imagine what a food shortage would do. At least you can use a generator to produce electricity if there’s a blackout but you can’t do much if you don’t have any food.”

Agri SA data indicates that South Africa had 120,000 farmers in 1994 compared to 37 000 at present. This dwindling population of commercial farmers supports a population of over 50 million people, of which only 45.6% are considered food secure. Van Zyl says the country’s commercial farmers, who are crucial to the supply of white maize to many of South Africa’s neighbours, are simply not being replaced by younger entrants thanks to a combination of poor access to finance for emerging black farmers and a lack of interest from the younger generation.

“The majority of young graduates aren’t particularly interested in farming –they want desk jobs in air conditioned offices with medical aid and a pension,” he says. “There’s also a big issue around access to finance, particularly for young black farmers who simply aren’t getting the requisite financial backing from government or the private financial sector.”

Agriculture’s contribution to South Africa’s gross domestic product (GDP) has already declined from more than 6% in 1980 to less than 3% in 2013, according to data from the Department of Agriculture, Forestry and Fisheries. In addition, production of staple agricultural commodities has declined in favour of more expensive, luxury food items destined for the export market. The country’s agricultural sector also faces stiff competition from cheap subsidised imports from abroad, with South Africa’s poultry purchases from the EU and Brazil having doubled between 2008 and 2012.

Van Zyl says the demographic time bomb facing the country’s farming population also has implications for the rest of Africa as it effectively means the continent’s most advanced agricultural sector is unable to harness the farming potential in countries north of South Africa’s borders. Africa is said to possess 65% of the world’s uncultivated arable land, yet economists estimate that the continent’s population will grow by another billion by 2050, putting further pressure on food security.

“South Africa has by far the most sophisticated and advanced agricultural sector on the continent and the country can be very proud of its achievement as it not only feeds itself, but a large swathe of sub-Saharan Africa as well,” said van Zyl. “The problem is that there are not enough young farmers that are learning the skills from the older generation and that could have food security implications for the entire African continent.”

Van Zyl says one consequence of South Africa’s ageing population of famers will be consolidation in the industry, the process whereby larger agricultural companies purchase smaller rivals which are then merged into a greater parent entity. One of the implications of this will be greater mechanization and a greater reliance on smart-agriculture.

“Consolidation is fast becoming the norm and for businesses to remain competitive they have to juggle a number of key drivers and differentiators to ensure financial progress and sustainability,” said van Zyl. “Even with greater consolidation in the industry, an ageing population of people with the requisite farming expertise in the agricultural sector will create long-term sustainability challenges.” 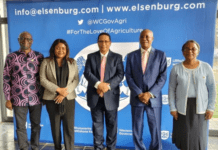