Today’s technology makes home automation a very real and practical proposition – not only for the sake of comfort and convenience of having an automated living space, but it also offers tangible practical and economic benefits.

Currently under construction in Cape Town’s Constantia suburb is an excellent example of a full blown automated home which incorporates the latest energy-saving elements, off-grid and sellable power capability, security and comfort features.

Suppliers and installers of these hi-tech aspects of modern living are Greenability Installations who have chosen the Viega system of Fonterra hydronic underfloor heating and cooling to maintain comfort levels in this 1,000m2double storey home.

Rudi Junge, Partner, Greenability explains how the underfloor system works and the benefits of hydronic – water based – heating and cooling systems.

“The Viega system includes special polybutylene piping that is imbedded into the insulated floor screed, through which the heated or cooled water is circulated, giving up to or absorbing heat from the living space. The system design comprises various zones or areas of the house which can be individually controlled – in this application more than 4km of polybutylene piping was used in 50 circuits feeding about 15 zones on both the ground and first floor.

“Zone piping terminates in one or more manifolds, which house valves which control the water flow to the individual zones. These valves in turn are controlled via signals sent from room thermostats which are set to the desired temperature comfort level.”

The all-important heat source says Junge, cannot rely entirely on solar panels as is often suggested, but needs to be augmented with a high efficiency, low energy consumption heat pump, which if reversible, can provide cooling during the summer months.

“A mistake often made by many solar installers is that they undersize the hot water storage tank which results in either running out of domestic hot water or an inefficient hydronic system, or both. Either way you have a very angry client!” said Junge.

Often a two-tank system is specified – a 500ℓ capacity for the underfloor heating system and a larger 1,000ℓ tank for domestic hot water, depending on house size and occupancy levels – but in this case the client’s requirements meant that both functions could be served from a single 1000ℓ hydraulically separated tank with standby electrical heating element for the domestic supply.

Two invertor-type reversible heat pumps supplement the solar panel system and excess heat during the summer months is used to warm the home’s swimming pool. In reverse mode the heat pumps supply chilled water to the hydronic system; this can reduce interior space temperatures by up to 4ºC.

“The system is fully automatic or it can be manually operated, enabling specific zones to be switched off when parts of the house are unoccupied. It is tried and tested over many years and originates in Germany where it conforms to the rigid standards of quality and building codes, and that’s why we use it.”

Junge stressed that when designing high efficiency and energy saving installations, particular attention must be paid to proper thermal insulation of the building shell and incorporate features such as double glazing and roof and floor insulation, without which the full benefits of a hi-tech installation will be lost.

Whether for use in new builds or for renovations, Viega’s Fonterra range of surface tempering systems caters for virtually any application. The range extends from simple studded panels or tacker systems to Fonterra side wall panel heating, the Fonterra Top ceiling system and various special systems, for example for industry or sports halls.

According to Viega which has a track record in heating systems since the 1960s, research has shown that the optimum comfort level temperature to be 20°C in underfloor heated areas as opposed to 22°C where radiators are installed. This equates to 10 to 12% saving in annual heating costs. 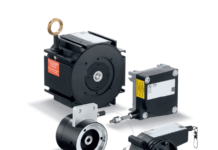 IO-Link master: Connection of sensors to the PLC and to the...