Chill Beverages, the innovative beverages company based in Stellenbosch, is restructuring to squeeze out better returns in a competitive local market.

The big change is the surprise (and immediate) resignation of CEO Grant Hobbs, who was a founding investor in the business. Chill has not announced a successor yet – but John Steyn, currently the chief operating officer, is acting as interim CEO.

Chill’s majority shareholder, Brian Joffe’s investment company Long4Life, will no doubt be scouring the beverages segment for a long term replacement for Hobbs.

It is almost inevitable that a promising beverages company like Chill will eventually start impinging on markets dominated by larger players. Certainly a dominant mixer company like Schweppes – owned by beverages giant Coca-Cola – is unlikely to allow too much market share to be sipped away by a feisty little competitor.

The same goes for the energy drink market where Red Bull and Monster as well as sports drinks like Energade (Tiger Brands) and Powerade (Coca-Cola) are equally precious about maintaining their respective market shares.

In 2017 Long4Life paid around R664 million for 100% of Chill. It is difficult to judge Chill’s performance by looking at Long4Life’s accounts as the beverages division also includes Gauteng-based contract bottler Inhle.

In Long4Life’s most recent financial report to end August 2019 revenue from its beverages operations increased by 20% to R657.1 million (previously R549.4 million).

But Long4Life advised that Chill Beverages’ investment in production capacity and plant upgrades – together with increased expenditure in marketing and advertising – had not yet been matched by increased sales.

This meant that while revenue and volumes increased against the previous year, underutilised capacity and the increased expenditure caused a decline in the trading profit of the beverages division.

At that time Long4Life pointed out that the onset of summer trading conditions had seen Chill’s sales prospects improve significantly.

For the period ending August last year Long4Life disclosed a 15% gain in sales at Chill on the back of an 11% growth in volumes (driven mostly by its own brands).

Long4Life acknowledged that innovation and new products were a focal point in the premium mixer category. The group said Fitch & Leedes grew volumes by 14%.

Long4Life did recognise, however, that there was more competition in mixers and energy drinks – which was causing selling price points to decline but also stimulating market growth.

What is an interesting turn of events is the admission by Long4Life that Chill has targeted numerous export markets that offer potential. Presumably this revolves mainly around the Fitch & Leedes mixer offering. Hopefully there will be some encouraging progress on this front when Long4Life reports its results to end February shortly. 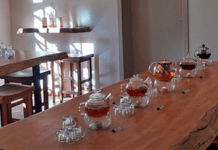 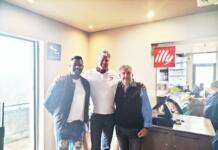 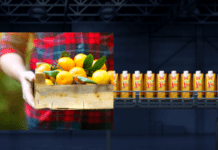 Coca-Cola is to test a paper bottle as part of a...