The editor asks why?

PICTURED above is an unfinished project in Stadler Road, Bloubergstrand, that started life as either luxury apartments/and or an upmarket guesthouse.

This development has been dogged by controversy ever since the first sod was turned, which was more than 18 years ago and it has stood unfinished since that time.

The editor approached the City’s Transport; Spatial Planning and Environment Department to understand why nothing has been done and was frankly given the run around, initially them taking more than three months to respond to an interview request and then saying that they were not pursuing the matter; actually it was me that pursuing the matter!

Hearsay from the local community confirms the Council’s inactivity and apparently the local ratepayers association attempted to take legal action to either have the property condemned or for it to be completed, but backed off due to the costs involved in litigation.

It would appear from conversations with local residents and estate agents operating in the area that the property is owned by the wife of a property developer, Mr Saleem Hassen who could not be contacted for comment.

The partial collapse of Biccard Street, immediately behind Stadler Road was caused by failure to adhere to the approved building plans, as was the level of the property’s parking basement being below that of the sea’s high water mark are issues raised by residents.

Even when vagrants began occupying the building some years ago and threatening security in the area, the City did nothing and it was left to a local builder/developer to brick up apertures and secure the building, at his own expense.

And so it has remained an eyesore with one of the most iconic sea views in the City, littered with estate agent’s, For Sale boards, in the hope that somebody will cough up the owners reported asking price of R80-million.

Why has the Council failed to address this situation?

The story of SA’s procurement crisis 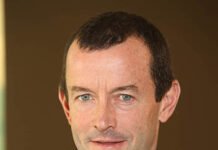 May 2022 Residential Building Statistics by Province – Is the Western Cape becoming the biggest provincial new residential building market in 2022? 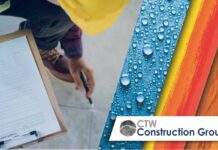 Managing construction waste is part of a greener future

Unpacking the latest addition to the growing list of government plans:...