THE Western Cape Department of Human Settlements (WCDoHS) has launched its contractor’s framework which targets particularly women and youth contractors.

This initiative, which is a first of its kind in South Africa, invites bids from Historically Disadvantaged Individuals (HDI) Engineering and Construction Contractors to participate in a Framework Agreement with the WCDoHS. This agreement will be applicable for a period of three (3) years. This means that all those with successful bid submissions, are placed on the framework, where should they meet all the relevant criteria for a specific contract, would then be able to submit quotations for that contract.

The scope of engineering and construction work for the purpose of the implementation of Human Settlements Infrastructure Delivery, may fall within one (or more) of the following classes of construction work:

This framework has strict conditions, which should be met in order for a contractor to bid. Amongst others, these include:

Western Cape Minister of Human Settlements, Tertuis Simmers said: “I’m excited about the launch of this framework, as it demonstrates our continued commitment to empowering our historically disadvantaged individuals. We’ve already shown that we invest in the empowerment of our contractors, by spending more than 50% of our Human Settlement Development Grant on their development. With this historic initiative, we’re taking it a step further, as this will ensure that more contractors have access to these types of opportunities.”

The framework which opened on Friday, 21 January 2022, closes at 11:00am on Friday, 25 February 2022. All those interested in bidding can collect the tender documents from the 6th floor at the Western Cape Department of Human Settlements, 27 Wale Street, Cape Town or the 2nd floor, Department of Human Settlements, York Park Building, York Street, George, from the Supply Chain Management Procurement office.

Queries around technical aspects may be directed to Mr. Sandile Gqoboka, on 021 483 3973 or email sandile.gqoboka@westerncape.gov.za

Minister Simmers added: “I’d like to encourage all those who meet the various criteria to use this opportunity and make submissions. We’ve specifically opened this door to this group, so that those who might not have had an opportunity before, can now also be part of this exciting process. We will not cease in empowering our people, as this leads to greater job creation and economic growth, which is a key priority for the Western Cape Government.” 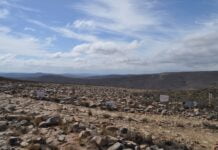 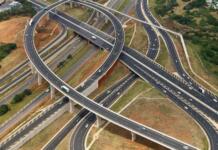 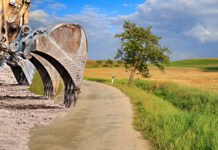 The Future of Construction is Powered by PERI