THERE is a vast undersupply of CAs in the market, and the bad news is its only going to get worse. The number of finance graduates writing the initial test of competency (ITC) exam has dropped significantly in 2022. The ITC is the first of two board exams that need to be passed in order to qualify as a Chartered Accountant (SA).

According to figures released by the South African Institute of Chartered Accountants (SAICA), 2 946 candidates wrote the exam in 2022, compared to 3 887 in 2021. This represents a drop of 24%!

“The view from the coal face of CA employment in South Africa is concerning,” says Graeme Marais, director of specialist finance recruitment company Blue Recruiting. “This year’s ITC intake fell by around a quarter, which means the system will be producing fewer chartered accountants in three or four years’ time. In an environment where unemployment is rife, and with the world begging for more CAs, our hope would be for the number of CAs to grow at that rate and not reduce, while keeping the high standards that currently exist.

“The fact that the potential number of CAs who will graduate in 2025 in South Africa has dropped by such a large number is a worry for me and should be for the entire market.”

Marais says this is compounded by the ‘brain drain’ of qualified South African professionals leaving the country to work, particularly in the United Kingdom and the Netherlands. This is not to say that our CAs are necessarily leaving, though.

“The world, suffering from the Great Resignation, is now waking up to the fact that our brilliant South African CAs can fill vacated jobs at a fraction of the price, while they remain in South Africa. A large number of CA’s (SA) are already being employed to work remotely.”

Professor Nico van der Merwe, outgoing CA programme coordinator at North-West University, says the drop could be as a result of the Covid-19 pandemic, as well as poor matric maths results.

“SAICA is maintaining a high standard of qualification and has not dropped the standard of the ITC or changed the competency framework. There were simply fewer students that could complete the CA university qualification successfully in an ERT environment, despite our best efforts as a university.

“We have also seen a steady drop in students qualifying to study CA with the poorer grade 12 mathematics marks the country has seen over some time. Intakes are generally down and this has now spilled over to postgraduate level” he concluded. 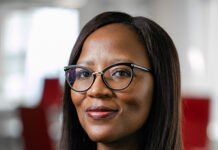 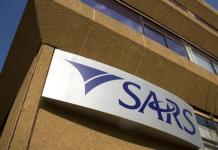 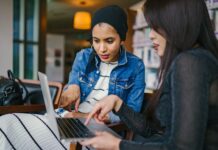 The role of Development Finance Institutions vs donor funders in infrastructure...