What’s going on in the foreign exchange markets these days? As the second quarter of 2022 gets underway, traders all over the world are looking at several critical dynamics and making assessments about which currency pairs offer the best profit potential. What economic factors are creating the most openings for new and experienced forex traders in 2022? Besides the conflict between Ukraine and Russia, a short-term war that could develop into a long-term situation, global inflation and supply chain slowdowns are two other components of the current forex puzzle. Of course, there are other reasons that make 2022 an almost ideal time to get involved in buying and selling international currencies.

They include the fact that forex has the lowest entry cost and fee structure of any major trading technique. New account holders can get started for a very modest sum, and the top brokers charge no commissions or fees to trade forex. Plus, foreign exchange enthusiasts don’t have to wait for rising prices or good times. They can make a profit in up-trending or down-trending markets. It’s a matter of choosing to enter the market as a buyer or seller of a particular pair. Finally, today’s forex investors have the luxury of a 24/7 marketplace and very high liquidity.

That translates into around-the-clock action and the ability to make transactions almost instantaneously. For an in-depth look at the critical components of the major foreign currency markets, visit https://www.avatrade.co.za/forex and find out why this might be the best year of the decade to learn the basics and set up a trading account. Foreign exchange is the leading choice for people who want to benefit from short-term time frames in volatile or serene markets. Unlike traditional stocks, bonds, and commodities, foreign currency pairs always include one winning side and one losing side. Here’s more about the current dynamics that make this kind of trading so lucrative in today’s uncertain political and economic environment.

The Russia and Ukraine conflict is already having profound and quite predictable effects on several nations’ currencies. Most Eastern European countries are inextricably tied to the economies of both Ukraine and Russia. As both combatants suffer production interruptions of major exports, all their trading partners experience shortages and other supply-related problems. When it comes to the relative strengths of national currencies, war has a profound effect that can turn into a chain reaction. As Russia and Ukraine spend big on weapons and financing the ongoing war, they necessarily shut down production of petroleum, grain, natural gas, and other vital commodities.

It’s imperative for forex enthusiasts to monitor inflation rates in multiple economies. If you specialize in the USD/JPY pair, you’ll want to compare inflation rates in the US and Japan. In most cases, domestic inflation weakens a nation’s currency. While the rate is just one of many factors traders use, it’s important to note that relatively higher inflation is an undesirable situation.

The South African rand, ZAR, has been one of the standout international currencies among the world’s emerging markets. In fact, since late November of 2021, the ZAR has been on a months-long upswing against the US dollar, its most common comparison pairing. Moving from 16.3 to 14.5 between November 2021 and late March 2022, which represents significant improvement against the US dollar, the rand is a solid example of how global crises, wars, inflation rates, pandemics, and other factors have different relative effects on countries. The US is experiencing its share of financial problems, including historically high inflation rates, trade disputes with China, and poor employment data.

Not only is foreign exchange trading one of the lowest-cost forms of investing, but most brokers also don’t charge fees on transactions. Plus, account holders don’t need large opening balances to get started. Most who are new to forex use demo accounts to practice on a simulator with fake money. That way, they can learn how to place orders quickly and accurately before putting their own capital on the line.

Another critical advantage foreign exchange traders enjoy is the chance to earn in up or down markets. If you think the yen will weaken against the euro, you can buy euros or sell the yen. Either way, the markets allow you to seek a profit by positioning yourself on the right side of a given situation.

Other important dynamics include high liquidity and the chance to trade 24 hours per day, five days per week. Those hours are just one reason why many working adults prefer the currency markets. They can spend a few hours per night honing their skills and looking for potentially profitable deals. 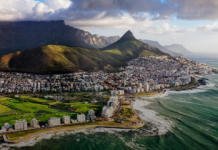 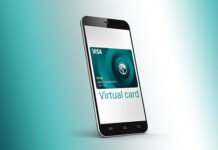 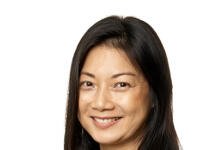