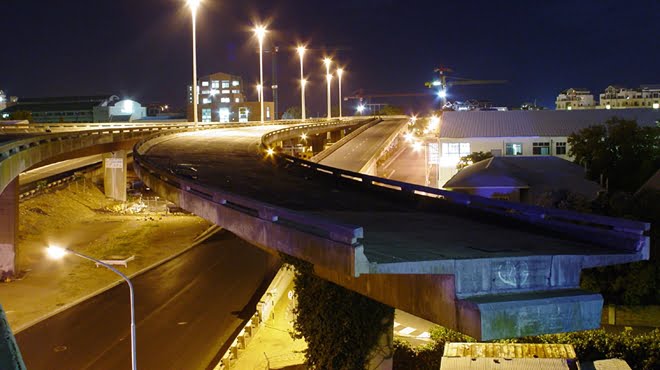 City of Cape Town Mayor Patricia De Lille says the metro is planning to build three unfinished freeways and bridges on the western, central and eastern side of the Foreshore Freeway.

The Mayor said she believed this would address Cape Town’s traffic congestion in the CBD.

She said this when she officially opened the exhibition of proposals for the Foreshore Freeway Precinct.

“The development of the Foreshore Freeway Precinct will be on a scale never seen before in Cape Town.

“We expect it to resolve some of the challenges that are currently preventing us from realising the City’ full potential – lack of mobility being key,” she said.

The project will also involve building houses for accommodation in the City centre to accommodate Cape Town residents to reduce traffic on the roads.

The Mayor said she believed the project would be her legacy as a Mayor of Cape Town.

The City’s Organisational Development and Transformation Plan led to the establishment of a new directorate, the Transport and Urban Development Authority, whose key role is to drive urban development.

The Mayor believes that the new directorate has created jobs for Cape Town residents and contributed to the economic growth of the country.

She said the project would reverse the legacy of apartheid spatial planning and redress the injustices of the past by stopping long travelling distances and urban sprawl by bringing people closer to residential and work opportunities.

“We have shown that the costs can be carried by the private sector following our contribution to provide the land. To deal with apartheid spatial planning and urbanisation, we need to be innovative and forward-thinking to make this great city even greater. This is a testament to our commitment to redressing the imbalances of the past and to providing residents with inclusive housing opportunities.”

De Lille also said Cape Town Freeways are not enough to accommodate the traffic volumes of the metro.

“When engineers designed the freeways and embarked on the ambitious roads project, the traffic flowing into and out of the city was not nearly at the level that we are experiencing today.

“Apart from being an eyesore, the unfinished freeways are also preventing the development of prime City-owned land – known as the Foreshore Freeway Precinct – that is locked in under and between the existing highways and the harbour,” she said.

De Lille said the project is expected to commence towards the end of the year to allow tender applications during the course of the year.

Have your say on amending SA’s lockdown regulations