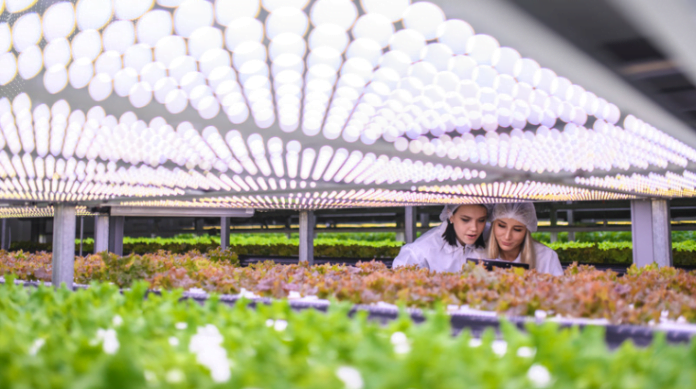 The Internet of Things (IoT) has put its foot on the proverbial accelerator, delivering innovative solutions and disruptive inventions that reshape and redefine markets and sectors. According to McKinsey, it remains a leading digital trend thanks to its intelligent ability to converge both the digital and physical worlds to create smart solutions. From energy efficiency to natural disaster monitoring to yield measurement and optimisation, IoT is measurably improving operations and agriculture environments. However, there are still some obstacles that the sector has to overcome to fully realise the potential of IoT in the long and short term.

“COVID-19 was, of course, a major spanner in the works for a few years, but the trend towards IoT-driven solutions in agriculture is re-establishing itself,” says Roger Hislop, Exco member of the IoT Industry Council of South Africa (IOTIC). “Massive-scale agri-operations with incredible economies of scale, both in production and export markets, is driving this trend by its urgent need to increase production efficiencies and improve planning to stay up with the intense competition for resources and market share.”

The globalisation of agriculture production has created a hyper-competitive landscape where companies are not just competing with the farmer next door, but with farmers all over the world. This means that farmers have to make operational optimisation a priority – optimisation of production, resources, yield, land and variation. This has to be further driven by reduced waste, improved processes, streamlined supply chain operations and better consistency across yield, product and delivery. Finally – agri-production needs huge amounts of accurate, granular data for future planning and improving farming techniques. A couple of percentages here and there can make all the difference – but farmers need to be able to do analytics over many years of data to see how changes to techniques improve harvests.  The right time to start gathering, storing and analyzing data from the fields is right now…

“Many of the larger agricultural enterprises have already invested in IoT solutions and adoption is accelerating quickly,” says Hislop. “Most farm operations teams don’t talk about IoT, they talk about operational technology – but at its heart, it’s the IoT capability that drives the value. Low-cost, simple, hardy devices that generate data, and allow automation. IoT epitomises the transformation and optimisation of operational tech and can become a tool with which agricultural organisations reduce risk, manage resources and gather the data that will have a transformative impact on their business.”

When it comes to reducing risk, IoT can be used to manage the flows and levels of dams and canals to ensure water doesn’t run dry at a critical point in crop growth. Or perhaps, when it comes to managing resources, IoT can ensure that farm machinery is in good condition and where it’s meant to be. It can monitor machines, reducing waste and power usage (and cost if the farm is on a time-of-use tariff…) as every step can not only be optimised but also automated effectively. Also, the data gathered from every digital touchpoint allows for decision-makers to make changes in operation that can have long-term implications for production. Even a small change in the temperature or humidity in a chicken house, for example, can impact growth rates, livestock wellbeing and more.

While there have been breathless ‘this is the year for IoT take-off’ articles being published for some years now, the predictions have not been born out by loads of success stories. One inhibitor has been the use of the term “IoT” itself – it has lost a lot of its flavour thanks to perceptions that it’s more hype than substance. In reality, IoT has been growing very fast in Agri, except it’s a means to an end to enable operational technology. IoT in Agri is huge, it’s just not called IoT. But have a look at many operational technology solutions – at their heart, they have tech that’s small, smart and wireless, and that’s connected to cloud infrastructure that is capable of handling the heavy visualisation and analytics. IoT, in other words…

“More and more agriculture companies and IoT solution developers are reframing the technology and its thinking within a more mature market approach,” says Hislop. “After all, IoT isn’t new. It’s a mature market that has evolved out of the older telematics and machine2machine paradigms. It is showing steady growth as opposed to the rocket ship taking off that early pundits rhapsodised about. Over the next year, IoT will remain a solid climber in the Agri market as solutions provide farmers with ever-better tools they need to remain competitive and agile in tight market conditions.”

With global economies increasingly being based on massive amounts of imports and exports of cheap commodities (where the mega-Agri players dominate), along with poor agriculture and land use policy-making, small and medium farmers face an uphill battle. IoT can play a significant role in reducing the cost of business while optimising their resources and yield. Together with Cloud-based systems to improve logistics and transport, modern tech that is not expensive to implement can put them back on a competitive foundation. IoT can help them produce more cost-effectively, and online marketplaces and resource scheduling can help them address more markets.

“Crop yield can be measurably transformed with data that provides insight into soil moisture, alkalinity, light temperature and more,” says Hislop. “With all this detailed and accurate data provided by IoT, agronomists gain immense understanding into the landscape, what’s working and what isn’t working, and which techniques are helping them achieve more for their farms.”

It’s data that does underscore the value of IoT. Its analytics capabilities, the sheer volume of data it produces, and the immense potential of the insights hidden within the data. This is one of the reasons why there’s been a lot of innovation in the development of solutions that have new types of analytics capabilities as they can make sense out of a lot of data and provide farmers with immensely powerful insights into their farms and systems.

“This is the era of decision-ready insights that can be used in real-time to assess crops and livestock and create modelling scenarios that predict outcomes and optimise systems,” concludes Hislop. The use of IoT in Agri is set to make sustainable changes in the industry by providing farmers with exactly what information and automation they need to transform productivity and growth. ” 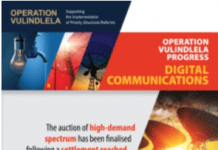 Financial management and skills are key to municipal service delivery 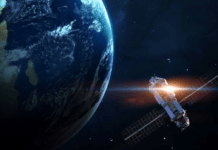 SMBs benefit best from mature and simplified ERP solutions that are...

The Benefits of Repairing vs Replacing your iPhone

Access to digital infrastructure by older persons a priority