A Serco Protec Steel Frostliner trailer provides the backbone for a mobile fire-fighting training gallery now in use at SASOL’s headquarters in Johannesburg.

Serco built the trailer for Dräger SA who fitted it out based on specs provided by their client -it is believed to be the only one of its kind in South Africa.

Dräger, a German company with its international headquarters in Lubeck and branches throughout the world, makes breathing and protection equipment, gas detection and analysis systems, and non-invasive patient monitoring technologies.  Customers include hospitals, fire departments and diving companies, and among the products produced are ventilators and personal protective equipment (PPE), the sales of which have soared since the outbreak of COVID-19.

Regional Sales Manager at Dräger SA, Willem Liebenberg, said it was the first time his company had done business with Serco.  “We became aware of the company due to the large numbers of vehicles seen around with their branding on.  The fact that they are in Johannesburg made it easy for us in terms of the logistics involved and we chose them for the project.

“We were pleased with the trailer and really enjoyed the company’s excellent service and willingness to accommodate our needs,” said Liebenberg.

“The trailer needed to be partitioned to allow for a variety of sections, including a training maize complete with thermal cameras.

“Serco provided us with a trailer exactly according to our specs.”

Dräger then got to work to convert the trailer’s interior into a fire-fighting training gallery which comprises three main sections:

A special feature is a hatch on the roof through which trainees enter the maze, simulating a confined space entry point allowing fire-fighters to master skills they will need in real emergencies.  The roof was reinforced to accommodate several firefighters needing to be up there at the same time. 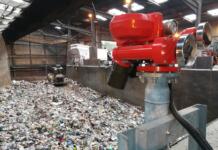 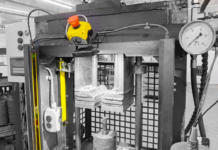 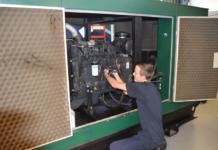