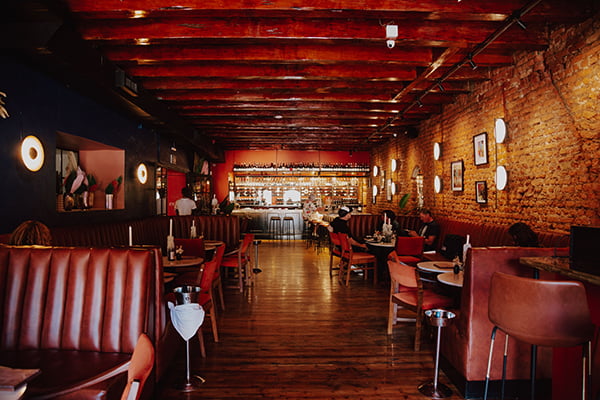 The night-time economy (NTE) is an integral part of modern life. What used to be considered “after-hours” is now becoming regular hours for more businesses, with many global cities actively working to grow and manage their evening economies.

Cape Town and its buzzing city centre is no different, and the Cape Town Central City Improvement District (CCID) continues to play a pivotal role in the resurgence of the downtown night-time economy, especially after the easing of Covid-19 restrictions. Sandra Gordon, CCID research economist, is currently working on an NTE impact study in collaboration with the University of Cape Town and the Urban Real Estate Research Unit. She says, “The night-time economy of a CBD goes well beyond a bustling collection of trendy coffee shops, restaurants, pubs and clubs.

“There is growing recognition in several prominent global cities that the night-time economy (NTE) is a source of economic activity, employment and urban renewal. It does need to be carefully managed, however, as it can also generate inner-city challenges, especially for residents.”

Right now, the CBD’s post-pandemic NTE has the potential to give the downtown economy a lucrative boost. Gordon continues: “Currently the facilities, infrastructure and networks of the CBD are only fully utilised on weekdays between 06h00 and 18h00pm. By supporting and growing the NTE, the intention is to use them for an extended period. We need to include activity after 06h00 as being an extension of the formal economy, rather than just ‘after-hours’”.

Traditional NTE sectors such as clubs, bars and restaurants are back with a bang, especially in Bree and Long streets, having survived the worst of the pandemic. According to the CCID’s economic publication State of Cape Town Central City – A year in review, in 2020 there were 1 126 retail and entertainment entities in the CBD, including 51 clubs and bars. In 2021, this increased to 1 163 retail and entertainment entities, including 57 bars and clubs.

Says Manning, “We opened this intimate music venue in November last year as we believed we were heading for a busy December. Obviously the ‘travel ban gate’ as I call the Omicron variant and resultant restrictions hampered our initial growth slightly, but at present it seems that we are well on our way to a post-pandemic world with patrons eager to visit and enjoy what we can offer.”

Having worked in global cities for a large chunk of his career, Manning is full of praise for the work of both the City of Cape Town and the CCID in promoting the NTE post-Covid. “Cape Town offers something unique and different to other SA cities – the CBD is a true metropolitan area, reminiscent of some of the most popular global tourist hotspots. It’s 15 minutes’ away from major tourist locations such as Clifton, Camps Bay, Table Mountain etc. It is a brilliant spot, growing from very limited offerings a few years ago to a vibrant economy exploding with gastronomic offerings. I am proud be a part of it.

“Part of the reason why the CBD and Bree Street are attractive can be attributed to the incredible work the CCID does. The presence of the CCID Safety & Security patrols enables people to feel safe and comfortable to walk the full length of the street. This brings peace of mind for business owners and patrons alike as it allows us to run top-class establishments for a discerning audience, on par with other world cities.”

Manning’s sentiments are echoed by Anthony Chirimuta, General Manager at The Athletic Club & Social, a popular high-end night-time venue: “What is very good for business owners is the fact that the CCID listens and addresses concerns as these arise and provides an increased security presence and a safer environment for us to continue to contribute to the NTE.”

CCID Safety & Security manager Muneeb Hendricks says moves to rejuvenate Long Street by the Long Street Association will go far in boosting the NTE. “Reclaiming this famed street for pedestrian traffic is at the core of the Upper Long Inner City Rejuvenation Project, which has seen the creation of dedicated spaces for pop-ups, beautifying efforts and, of course, urban improvements to attract visitors and residents alike. This all contributes to a healthier nightlife and resultant economy.”

Hopefully, more projects like this will roll out soon. Efforts like Open Streets and First Thursdays also play a pivotal role in bringing pedestrians back after hours.

Globally, a night-time economy seems to work best in high-density areas. Developers and landlords are starting to jump on the opportunity the NTE presents, with enticing offerings to attract evening footfall.

CCID chairperson and Boxwood Property CEO Rob Kane is playing his part to energise the CBD night economy with SALT Market, a unique community-focused food and beverage offering on the ground floor of Boxwood’s flagship building, The Box. At present vendors stay open until 9 pm with the aim of increasing the hours as the venue become more busy.

BUSINESSES THAT DRIVE THE NTE

It’s not just the restaurants, markets and entertainment offerings that stimulate the NTE. The Business Process Outsourcing (BPO) sector is a major contributor to the NTE, even during the height of Covid restrictions. Says Alderman James Vos, “The business process outsourcing sector created over 35 000 jobs servicing the international community over the past 10 years and was one of the few sectors that continued to remain economically viable during the pandemic.”

In total, more than 69 000 people now work in the BPO sector in Cape Town. According to the CCID’s flagship economic publication State of Cape Town Central City Report 2021 – A year in review there are 25 call centres in the city centre employing nearly 19 000 people. At least 12 of these centres work after 18h00, employing about 15 000 people. With international clients continuously showing interest in South Africa’s BPO sector, it has been tipped as one of the green shoots that will steer the country’s economic recovery in the aftermath of the pandemic.

Concludes Kane, “The night-time economy comprises much more than just clubs and restaurant – the increasing number of residential developments and the influx of students and BPO professionals add tremendous value to our city centre economy.

“The impact of Covid-19 was severe, no doubt. However, we are seeing traffic increasing on a weekly basis… Businesses are bringing people back to office, which is good for both the day and nighttime economy. We are certainly well on our way to being back to being normal and we will get there – I believe sooner than people think.”

What is Heritage Day all about?