MORE women are performing roles that were traditionally undertaken by men. However, women still encounter many challenges in industry, which has a long legacy of facilitating mainly male workers. A case in point is the provision of supposedly “unisex” or male personal protective equipment (PPE) to women working in mines, on factory floors and worksites throughout the country. In most cases, this PPE has actually been designed for men to wear. Current offerings include a feminine touch and have been passed off as female PPE with scant regard for a women’s anatomy which differs significantly from their male counterparts. So says Predahni Naidoo, Brand Manager of BBF Safety Group. BBF Safety Group manufactures and distributes the SiSi Safety Wear range of PPE, which has been designed specifically for women employees

“In some instances, this supposedly ‘unisex’ PPE, especially footwear, may compromise the safety of wearers. This actually defeats the intended purpose of PPE which is to protect employees when they perform their duties. It can also hinder their productivity and efficiency simply because this PPE has actually not been designed for them to wear,” Predahni Naidoo, Brand Manager of BBF Safety Group, tells Cape Business News.

The company is constantly expanding its existing range to ensure that it is able to adequately serve the needs of women fulfilling many different roles across a broad spectrum of industries that have very specific PPE requirements.

Among the company’s products are 23 garments across three cuts and 10 fall arrest systems that span two ranges. This is in addition to the company’s comprehensive range of footwear that currently extends across two sole shapes. When designing its footwear range, Sisi Safety Wear consulted women in industry as well as a specialist podiatrist for their footwear.

Launched in 2008, there has been a notable uptake in the company’s footwear as more women enter the workplace. Previously, companies could only procure one generic supposedly “unisex” range of footwear in a variety of sizes. These safety boots – the smallest size for men – are only suited to a small portion of the female population because the vast majority of women have smaller and narrower feet than their male counterparts, and they are of a different shape.

Because this footwear does not fit women correctly, it impedes their production in the short-term and, in extenuating circumstances, can cause injury to wearers in the long-term. This is considering that women’s feet oscillate from side to side inside these safety boots and, over time, this strains their ankles and knees and eventually their hips. Over extended periods, this can lead to back pain and other health-related issues.

Meanwhile, women with narrow feet could potentially slip out of their standard safety footwear. This exposes them to potential hazards, such as burns, cuts, punctures and impact. Bear in mind that safety footwear is also intended to protect against slips and falls which could result in broken bones and head injuries

However, there are companies that still take a “one-size-fits-all” approach to their PPE. This is considering lengthy procurement cycles and rigid buying procedures that cannot accommodate change quickly enough. It is also considered easier for some companies to buy PPE from a single supplier that claims to offer a standard solution for all employees. This is opposed to ensuring that the safety wear that they buy is tailored to suit the individual needs of their staff. This is a short-sighted approach that can have a major negative impact on business, considering the direct and indirect costs of injuries.

She says that meaningful change is mainly being driven by women employees. “They are raising their concerns regarding the PPE that they have to wear with their managers, supervisors, foremen and other higher-ups who are taking heed of their concerns. Women want to maintain their dignity while performing their jobs as safety and effectively as possible,” Naidoo concludes. 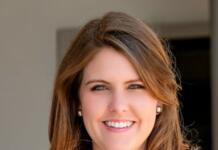 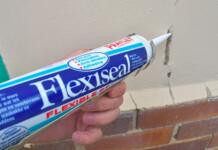