NIGER, Algeria and Nigeria signed the ‘Declaration of Niamey’ during the third edition of the Economic Communities of West African States (ECOWAS) Mining and Petroleum Forum (ECOMOF) in Niamey on February 16, 2022. The agreement will see the resumption of the multi-billion-dollar Trans-Saharan Gas Pipeline project.

With a length of 4 128 km, the gas pipeline will link Warri in Nigeria to Hassi R’Mel in Algeria, passing through Niger. Upon completion, the pipeline will carry 30 billion cubic meters of natural gas yearly from Nigeria, Algeria and Niger to European markets via Algeria’s strategic Mediterranean coast, as well as supply inland stations along its route. The pipeline will enable Europe to tap directly into the three country’s significant natural gas reserves, thus diversifying its supply in the wake of the current energy crisis, while creating critical sources of revenue for African gas markets.

Much of the estimated $13 billion pipeline cost will be spent in Niger, acting as a much-needed boost for the already growing energy sector and wider economy. More importantly, the pipeline will also enable Niger to monetize its own huge gas reserves, estimated at 34 billion cubic meters with recoverable reserves of 24 billion cubic meters. The use of domestic gas will develop a petrochemical industry, with the production of by-products like ammonia, urea and fertilizers. This will have the added benefit of boosting agriculture which remains a major employer in the country and the entire region.

Niger already has valuable experience in driving transnational energy infrastructure projects. Its 2011 completed Zinder based 20 000 barrels per day (bpd) refinery which supplies the entire region with petroleum products. Niger currently exports refined products to countries in the sub-region, including Nigeria, Mali, and Burkina Faso. Through the much-anticipated completion in 2023 of the Niger-Benin pipeline – a 2 000 km pipeline that will run from the prolific Agadem basin in Niger to the Cotonou terminal off the coast of Benin – Niger will increase its current production from 20 000 bpd to over 120 000 bpd. This $2.2 billion pipeline will unlock an additional $3 billion in field development investments by Chinese major CNPC, which is the operator of the Agadem discoveries. The pipeline is also expected to boost exploration in Niger, due to relatively cheap exploration and development costs in the country Currently $15/ barrel. Conservative estimates of Niger’s reserves currently stand at 3,7 million barrels of oil reserves in place and 957 million barrels of recoverable oil reserves.

Niger aims to become a hub for hydrocarbons, petrochemicals and associated products in West Africa and the Trans-Saharan Pipeline projects only serves to enhance this trend. The planned energy infrastructures will boost Niger’s growth and position it as a key bridge between resource rich sub-Saharan Africa and the Maghrebian and European markets. This is good news for investors and services companies seeking for attractive returns in one of Africa’s most promising hydrocarbons frontiers with one of the continent’s most stable democracies. 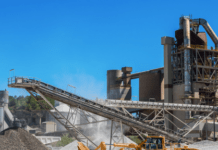 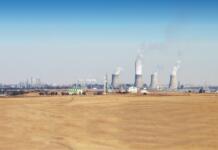 Some eye-watering numbers from the world’s largest oil producer.

The role of gas as a transition fuel in South Africa’s...