The world’s top manufacturer of motor fuel from coal has been battling high debt and lower oil and chemicals prices, prompting it to search for a partner at its US Base Chemicals Business and issue up to $2 billion of shares.

The agreement will see a subsidiary of LyondellBasell form a 50/50 joint venture at the LCCP Base Chemicals Business and a portion of the Lake Charles property.

“The transaction will represent a significant step towards achieving Sasol’s strategic and financial objectives by materially reducing net debt, and catalysing a rapid shift towards the future Sasol strategy,” the company said.

The company’s total debt stood at R189.7 billion ($11.35 billion) for the year to June 30, exacerbated by delays and cost overruns at LCCP, prompting the resignations of its joint chief executives to restore shareholder confidence.

Sasol said net debt before lease liabilities would reduce from $10 billion to around $8 billion.

The value of the assets was $3.9 billion and recorded a loss of $2.3 billion for the year ended June 30, Sasol said.

The Johannesburg listed firm said it would retain ownership of the US Performance Chemicals Business, the legacy base chemicals assets at Lake Charles, and the remainder of the Lake Charles property.

Sasol said it expects the transaction, which is subject shareholder approval, to be completed before the end of the year. 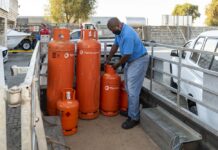 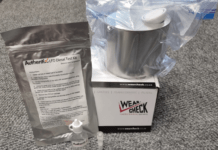 Putting its best foot forward for over 30 years