Although the packaging industries in developing markets are faring better than those in advanced and highly developed countries like the USA and UK, there are numerous challenges to be faced during 2016 which will probably see global growth nudging higher, a cooling Chinese economy impacting on Africa and subdued world trade.

So said Roy Campbell, Partner at Deloitte and member of the firm’s Consumer and Industrial Products Group: Process Industries Sector, when addressing delegates at the Propak Conference and Exhibition at Nasrec outside Johannesburg last week.

There was also no doubt that Africa ‘was rising’ in the packaging market stakes and the industry is set to grow as new opportunities are found. Assisting with this growth is the forecasted GDP growth in sub-Saharan Africa that is expected to be 4% per annum this year and is above the global average.

One of the major factors that will contribute to further growth is the fact that ‘Africa has youth on its side’. The continent is presently home 25% of the worlds under 18’s and it is expected that this will grow to 50% of the global total by 2100.

“Although the outlook is ‘very positive’ for Africa and East Africa in particular, South Africa is showing lacklustre growth. Nationally, three major issues have to be accounted for.  The first is lower growth which has seen the country slowing down significantly in 2015 and into 2016, with economic growth dropping well below those of the world’s average, advanced and developing economies,” says Campbell.

“The second is falling commodity prices which reached their lowest point towards the end of 2015. The third is higher borrowing costs. All this has been exacerbated by the drought. Leaving the country in a position where it is facing the possibility of an investment rating downgrade” Campbell adds.

Drawing on insights by Dr Martyn Davies of Deloitte Frontier Advisory, Campbell noted the impact of China on sub-Saharan Africa could not be ignored. Research undertaken between 1980 and 2015 had indicated that there was a direct correlation between the economic fortunes of China and that of the African Sub-Sahara region. When Chinese GDP growth dropped, this was followed by a corresponding drop in sub-Saharan Africa. In 2015 for example, Chinese growth dipped to just above 6% and the Sub-Sahara African region dropped by a corresponding amount to below 4%.

“China is in the process of rebalancing its economy and these structural reforms are having an impact on global markets. The impact on resource-rich African economies has been particularly felt as the Chinese move from an investment-driven economy to one in which consumer and services feature more strongly.

There is no doubt that Chinese policy on Africa is moving. The China-enabled ‘golden growth decade’ has passed and Africa like China must rebalance. African businesses need to refocus their value propositions,” says Campbell.

·         Taking note of the increase in demand for premium packaging.

·         The emergence of biodegradable plastics.

“The growth drivers in the global market are the need for customer convenience; growing demand from the healthcare industry and the rise in disposable income that is leading to changes in consumer demand.”

“With these trends and drivers, key strategic choices have emerged within exceptional companies. The first choice is that an aspirational exceptional company should focus on ‘better rather than cheaper’ so that value is created,  problems solved and the business does not compete only on price. The second focus should be on revenue growth which should be placed before cost cutting. With these two issues in focus, this leaves a business with many other choices, provided they are staying true to the first two. Innovation remains paramount as it gives a company the edge,” says Campbell. 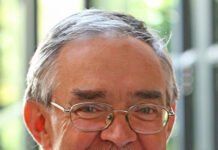 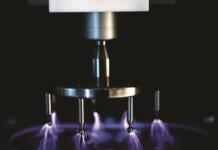 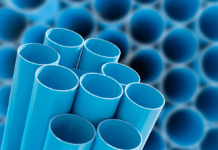 SAVA: Bringing together the entire vinyls value chain under one body

A mountain view and beyond for Boxmore Packaging

GreenTech to demonstrate at Propak Africa 2022