AMID our continuing electricity crisis – we’ve been load shedding for 14 years now – it’s taken ten years for DMRE (The Department of Mineral Resources and Energy) to update its gas masterplan – and it’s still not done – to recognise that natural gas has a vitally important and significant role to play in South Africa’s energy security.

This is despite the timely construction of the ROMPCO pipeline back in 2004 to transport natural gas 865km from the Mozambique Pande-Temane gas fields to Sasol’s Secunda plant in Mpumalanga and onward to Johannesburg, Ekurhuleni, Pretoria, Sasolburg and Emalahleni (Sasol pipelines) and Durban, via Transnet’s Lilly pipeline.

Despite this, the lack of infrastructure and LNG (Liquefied Natural Gas) import facilities is a major inhibitor to the development of the gas industry in South Africa, notwithstanding substantial exploitable gas finds both on and off shore by private energy companies. (See CBN March and June editions.)

It was clear when Eskom built the Ankerlig (Atlantis) and Gourika (Mossel Bay) OCGT power plants in 2007/2008, that due to the inherent fuel flexibility of the turbines to run on diesel or natural gas, meant a switch to one or the other was inherently possible, providing of course that there was a plentiful supply of fuel …

Then as now, the supply of cheaper, cleaner burning natural gas has never arrived.

However, changes to the energy landscape which allows private companies to generate power and the adoption of wheeling – where power is generated in one place and consumed in another, using the Eskom transmission network – provides a new opportunity for gas to power generation.

Instead of placing the generating plant where the power is intended to be consumed, place it where there is a plentiful supply of fuel and that means the gas fields in Mpumalanga and the Free State.

This could be one answer to the energy starved Metros such as Cape Town who have vowed to abolish load shedding for their residents.

The case for gas

During the recent Enlit Africa conference in Cape Town, where viable solutions to scale up Africa’s energy systems were discussed, Nosizwe Dlengezele, Regional Sales Executive for GE Gas Power Sub-Saharan Africa, spoke at the keynote session, stating, “The energy transition remains the greatest uncertainty for the power sector today – the need to simultaneously balance affordability, reliability, and sustainability. Gas will play a critical role in the energy transition by complementing the renewables growth and supporting grid reliability.”

Gas is not only increasingly abundant and affordable, but it offers the opportunity of conversions toward net-zero goals through hydrogen and carbon capture, utilization, and sequestration (CCUS) technologies. For example, GE’s HA gas turbine portfolio is one of the largest and the most efficient gas turbines in the world, with record levels of more than 64% combined cycle efficiency, fuel flexibility, and the capability to transition from gas to low-carbon fuels, such as hydrogen.

Natural gas-fired generators have the lowest CO2 emissions of all fossil power generation fuels—a natural gas-fired combined cycle plant has roughly 67% of the CO2 emissions of a similarly-sized coal plant, and lower emissions levels for other pollutants such as mercury, NOx, SOx and particulate matter. For African countries reliant on coal power, the growth of high efficiency combined cycle gas-fired power generation will support both coal-to-gas transition and accelerate renewables penetration by enhancing the reliability and stability of the energy grid.

“We need to create an energy environment in Africa that fosters industrialization while meeting global and country climate change targets. For GE, gas and renewables is the most viable solution to make substantive reductions in emissions quickly,” states Dlengezele.

So with a build time similar to that of wind and solar installations – Ankerlig and Gourika were completed in just over a year – and the ability for a single station to generate on a continuous basis more than 1 500MW, our current energy shortfall of +/- 10 000MW could be addressed by building five or six CCGT stations in short order, especially if they were constructed on known gas fields. 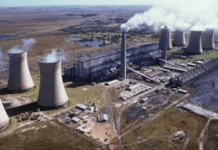 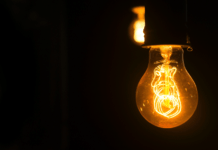 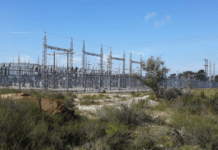 Why nuclear energy is so attractive for South Africa’s industry