South African motorists will soon say goodbye to Caltex and hello to Astron Energy. In what’s been described as one of the local fuel industry’s largest ever logistical undertakings, the 850 plus Caltex-branded service stations in South Africa and Botswana are set to be rebranded as Astron Energy outlets.

But besides the new-look service stations, what does this rebranding mean for South African consumers? Although Astron Energy hasn’t revealed the new branding or the exact plans for its 850 sites, acting CEO Braam Smit promised that a vibrant new look would be joined by exciting new offerings and experiences.

“We’re adapting to the changing competitor landscape and our customers’ needs,” Mokanyane said. “We’re innovating and unlocking value for all our stakeholders, and making sure the customer experience is front and centre in our new strategy to become the largest player in South Africa.”

Smit reiterated Astron Energy’s ambition to become the largest fuel brand in South Africa. “This is a once-in-a-generation opportunity to reimagine and reinvent ourselves as a leading African energy company with a proud legacy and a very promising future,” Smit said.

“Astron Energy has a deep commitment to Africa, its people, and the development of the continent. This is an important step in our ambition to become the biggest fuel brand in South Africa,” he concluded.

Astron Energy said that the current network of Caltex service stations would be upgraded and rebranded in a phased approach over the next few years. The rebrand would also apply to the Cape Town refinery as well as the lubricants manufacturing plant in Durban and other industrial and corporate sites. 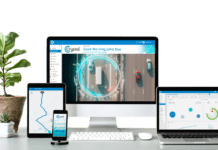 Download your free copy of the August 2016 edition of Cape...