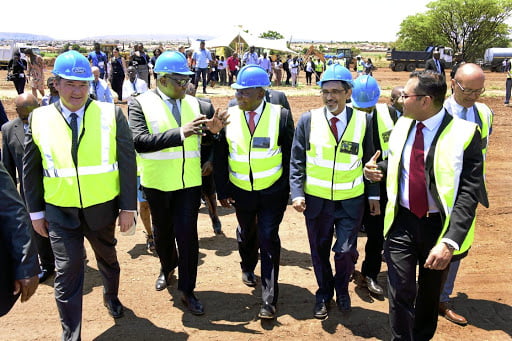 More than 16 000 direct jobs have been created to date since the government announced last year its intention to mobilise more than R1.2 trillion in new investments over the next five years, said President Cyril Ramaphosa on Tuesday.

Speaking at the launch of the Tshwane Automotive Special Economic Zone (SEZ) in Silverton in Pretoria, Ramaphosa said many of these investments will be located in various special economic zones across the country.

The number of jobs created excludes construction jobs, indirect jobs and additional jobs from confirmed investments where projects are still under construction.

Ramaphosa said the launch of the Tshwane Automotive SEZ is yet another affirmation of growing investor confidence in South Africa.

He said that with the economic situation confronting the country, people may have been tempted to think South Africa would not be able to attract investors – but about 1 500 potential investors will be attending the second South African Investment Conference in Johannesburg on Wednesday.

“That is a phenomenal success for our country. The message we want to communicate is that South Africa is a competitive and proven investment destination.

“We also want to reiterate that we welcome and encourage greater partnership between government and the private sector,” he said.

Ramaphosa said domestic and international investors at the investment conference will be presented with the vast opportunities that exist in South Africa.

“Much as there is possible gloom, some doubt, some dismay, South Africa is still proving to be a very attractive investment destination,” he said.

Ramaphosa said the government is on a firm path to rebuild the country and return its economy to higher levels of productivity, and to transform it to make it much more inclusive.

Restoring the confidence of both domestic and foreign investors is the lynchpin of the country’s economic reform agenda, he said.

Ramaphosa said government has prioritised supporting, developing and expanding its SEZ programme and is going to use SEZs as part of generating growth in the economy.

He added that SEZs will play a key role in driving the government’s bold new industrial strategy, which is aimed at reigniting economic activity and unleashing private investment in sectors with high growth potential, including the automotive sector.

Ramaphosa said South Africa needs to ensure it consolidates that attractiveness as an investment destination and ensures the country can attract investors, who could invest anywhere.

The $11bn SA lost to Brazil

He said he would forever remember one potential investor who invested $11 billion in Brazil after receiving a lukewarm reception in South Africa. The investor was not offered much assistance and was informed of a number of regulatory barriers.

“We have got to change that approach,” he said.

“We have to have the approach that Gauteng, Tshwane and Dti [Department of Trade and Industry] had to have this facility [SEZ] established here, to have the ‘can do’ approach where we are attracting investors, where we bring them in and where we demonstrate … that this is the best home for their investment.”

Ramaphosa said the government is introducing a new approach in the implementation of SEZs to enhance their impact, which includes resolving regulatory hurdles that have been obstacles to investors.

Processes such as securing environmental impact authorisations, water use licences and the like will now be fast-tracked, he said.

Ramaphosa said it has been taking up to three years to resolve water licence issues in South Africa. He added that there was an investor who wanted to invest up to R10 billion but was unable to do so because they could not get a water licence.

“Now, in sitting down with labour, residents and [the] regulator for water, we will be able to resolve that and are saying that water licences should not take more than three months,” he said.

Ramaphosa said this is the progress government is making in resolving all the regulatory logjams.

He added that entrepreneurs are fast, nimble, agile, fast-footed and get things done, and this is the psyche government would like to inculcate in all South Africans.

“I want to unlock the energy of our civil servants and all of us,” he said. “Let us get South Africa working and moving. Let us shake this country into shape and move forward.”

More South Africans will likely quit their jobs and emigrate in the coming months: expert