Developers and architects FKJW are planning to build a third skyscraper in Cape Town called The Vogue.

Plans for the development have been floating around since 2008, under the placeholder name “Goldies”, but FKJW in August solidified its plans for the building, and re-dubbed it “The Vogue”.

The building is a 42,000 m2 mixed-use development that is one floor lower (31 floors) than Cape Town’s current tallest building, the FNB Portside building which sits adjacent to it.

FWJK said it expects to launch The Vogue to the market in early 2018 and it is expected to sell out rapidly as its neighbouring tower, 16 on Bree.

The residential apartments in The Vogue will offer a range of studio, one bed, two bed and three bed apartments including top level penthouse apartments which will all enjoy panoramic views over the Atlantic Seaboard.

Ground floor shops will provide an active retail edge to along all three streets including restaurants and other retail activities necessary for inner city living, the develoiper said.

Construction is expected to commence by March 2018 and will be competed by October 2020. 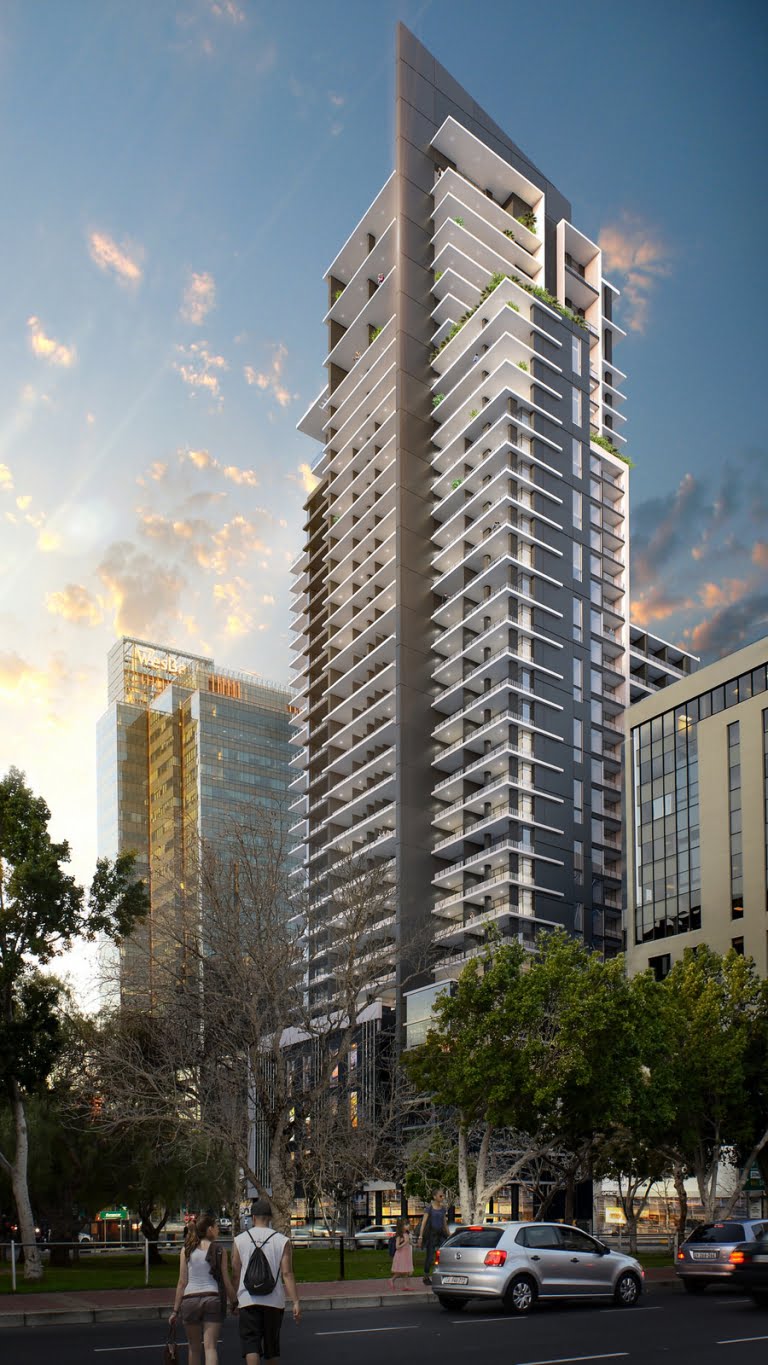 The Vogue joins two other ambitious skyscraper developments by FKJW, which includes 16 on Bree as well as Zero2One – which will become the new tallest building in the Cape Town skyline – all part of a R2 billion development boom taking place in the Mother City.