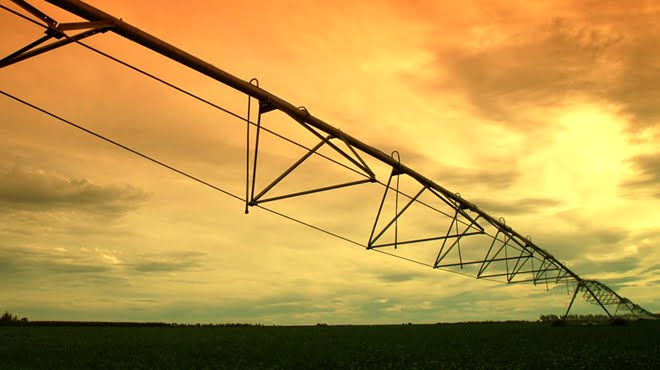 It’s important to plan beyond the drought in a sector that will remain a driver of economic growth and social stability.

Although agriculture has always been the backbone of most rural economies, it can become a social and financial investment vehicle capable of driving positive change at national and regional levels.

Speaking at Standard Bank’s annual roadshow held at Protea Hotel, Stellenbosch on 11 March 2016, the bank’s Head of Agribusiness SA, Nico Groenewald, encouraged primary producers to take this long-term view rather than being caught up in the immediate crisis of the country’s worst drought in 80 years.

“All of us in agriculture know that it is a cyclical sector and that weather is a fundamental, but unpredictable factor, for which we must continuously evolve better strategies.”

“It is also the one sector that is critical to human survival. People must eat. However, partly because of the weather and often in spite of it, the ways of ensuring that people get good quality, nourishing food are evolving. So, if you’re in agriculture, you’re going to be a contributor to one of the most profound evolutions ever to influence humanity’s future. Choosing the way you do that calls for wisdom and vision.”

“This is not just a financial consideration; it also has immense social implications.  It will shift agriculture into the domain of social investment, whereby people invest not only for a financial return, but also to ensure that society functions more equitably as a result of their input.”

“For all sorts of reasons, therefore, it’s time for farmers to look at the work they do as a type of investment vehicle.”

“That sounds theoretical. In fact, it’s extremely practical. New agricultural strategies are giving rise to new up- and downstream business opportunities in which conventional investors can be persuaded to take a stake. Farmers can either create the investment opportunities or participate in them. Either way, they gain a share of the value chain upside that they don’t currently have.  It also enables them to influence the direction in which agriculture evolves and, thereby, how effectively it serves both farmers and humanity.”

For most farmers, however, with or without drought conditions, funding remains a challenge.

“Again, the solution lies in looking at agriculture as an investment vehicle rather than purely as a tactical, operational exercise undertaken season by season,” Groenewald mentioned.

“In an investment scenario, banks and their relationship managers and agricultural economists can be a significant ally. In recent years, and particularly since the economic crisis of 2008 that was triggered by the bad behaviour of some banks, there has been a tendency to view banks with suspicion.”

“However, tighter regulatory environments are keeping bankers with an urge for experimentation under strict control. Experience proves that smaller banks are no less subject to flaws than the big ones and that, actually, the big ones can bring more effective and longer-term funding resources to bear as agriculture becomes more globalised.”

In fact, agriculture has owed most of its operations to the loans made available by large banks from the time of the establishment of the world’s oldest bank in Italy, on the basis of a statute regulating agricultural and pastoral activities in the region.

That said, modern funding trends driven largely by technology and new phenomena such as crowd sourcing and crowd funding are making other financing options available to players in the agricultural value chain.

Groenewald advised, however, that farmers wanting to take an investment approach should stick to the basics of financing, as proven by banks.

He cited by means of an example the potential of positive financial leverage, in which assets acquired with funds provided by shareholders or via a bank loan generate a rate of return higher than the rate of interest or the dividend payable to the providers of funds.The linkages between the use of debt as leverage, its impact on financial risk, and the understanding of cash cycles and free cash are some of the aspects which banks analyse in their risk assessments and thus can provide valuable input to farming businesses with potential expansion, capital replacement, and new venture decisions.

“Banks are in the business of creating wealth,” Groenewald concluded. “But they can do that only through entrepreneurs who invest in themselves and the future. We believe it’s time for farmers to be such entrepreneurs.”