According SAnews.gov.za to The Select Committee on Trade and International Relations has urged the Department of Trade and Industry (dti) to speedily deal with challenges in the poultry industry.

Committee chairperson Eddie Makue said the committee will be satisfied if the two task teams set up to deal with the matter yield positive results.

“Many poor households consume chicken as a staple food, and any threat to the production of chicken meat poses a serious threat to the health and welfare of indigent South Africans.

“Also, when jobs are threatened, it is imperative for government to intervene using creative and innovative protective measures, mindful of our international obligations.

“While the dti should speedily deal with challenges, the committee encourages the poultry industry to work on the rapid transformation and industrialisation of the sector. The price of chicken products in South Africa is exorbitant and this opened the market to affordable imports,” Makue said.

The committee on Wednesday received a briefing from the dti on challenges in the industry due to the rate of imports of deboned chicken from Brazil and certain European Union member countries.

“We are concerned about the huge mark-up by retailers and the lack of foresight in exploring the export of South African poultry or ways to exploit the production of chicken feed to grow our agro-economy,” he said.

With rigorous and honest engagement, informed by the best interests of the country, Makue said South Africans can rise to the challenge.

Meanwhile, the dti last week said the task team set up to deal with challenges in the domestic poultry industry has made progress since its inception.

“The task team established by the South African government to deal with the crisis in the domestic poultry industry has secured significant progress across a number of work streams to develop a common response to the complex challenges facing the domestic industry,” the dti said.

Some poultry producers have announced major retrenchment plans amid concerns of the import rate of poultry products from other countries.

The dti said once the necessary technical work has been completed for the short-term interventions, the task team will submit for final ratification a set of short-term and shared interventions.

“These proposals will be submitted to the Ministers concerned and the broader leadership of business and labour involved in the poultry sector,” said the dti.

In the meantime, government has appealed to industry to do all it can to prevent any plant closures and retrenchments until such a time that support measures can be instituted. 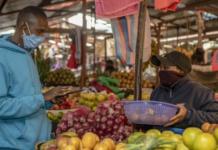 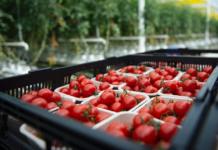 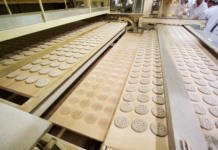 Quantum: hot in the henhouse

What does 2017 hold for eCommerce in Africa? Insights and tips...