The DIY approach of the microbrewery industry can be complemented by the use of robotics, says Yaskawa Southern Africa’s System Solutions Engineer Riccardo Ferrari.

WE’VE seen a rise in the popularity of craft beer, as many individuals create microbreweries in their spare time. As the demand for their malt, sweet or spicy concoctions grows, so too does the manual production.

When production increases, there’s a need to work smarter and more efficiently. This is where automation – specifically, robotic technology – can make a significant difference.

“If the volumes increase, it’s only natural a microbrewery might struggle to cope with the manual production,” says Ferrari.

“From shuffling bottles to moving them around for filling, then laying them out to be packaged and palletised for shipping – it’s tedious and strenuous labour that takes both time and repetitive effort. However, by introducing a robot with an end-of-arm gripper, there’s a lot of multi-purposing that can be achieved. Whether you’re moving around full or empty bottles, or even six-packs, the robot can handle the tasks you would’ve normally done by hand before.”

It’s a smart solution, but what happens when production inevitably increases once again, and you reach the threshold of the robot’s capabilities? According to Ferrari, you simply add another robot to the mix. “You split the tasks between robots,” he says. “For example, one robot would handle the shuffling of the empty bottles while the other focuses on moving the full ones. As your production grows, so too can your robotic fleet as you add more components over time.”

With many microbreweries being self-funded or small businesses, pricing is often a concern – and there’s a belief that robots might prove to be too costly for the size of the operation. Ferrari says that it’s important to put it into context, though.

“When we consider robots versus other purpose-built machinery, robots end up being cheaper alternatives,” he explains. “This is because robots offer a flexibility that dedicated machinery doesn’t. If you want a robot to perform a different function or task, it’s often just software programming that’s required. The worst-case scenario is that you’ll need to change the gripper, which is far more affordable than buying a new machine altogether.”

For the brewer who’s now turning a profit but not enough to buy a robot just yet, there’s also the option to lease a robot and experience the power of robotics first-hand.

Ferrari believes there’s a huge opportunity for microbreweries or any other business that specialises in bottling to make use of robots. “There’s certainly a gap in the market,” he says. “Most of these tasks, such as packaging and palletising, have been automated and are already being done in isolation across various other industries, so it only makes sense that the bottling sector would embrace robotics as well. It would be beneficial to their overall productivity and output.”

Before a microbrewery encounters a bottleneck in its manufacturing process, the answer to its biggest challenges could literally lie in the neck of the bottle. Instead of spending time on the arduous and repetitive task of moving bottles around, work smarter (not harder). Make use of robotic automation in your production process while you focus on growing your business and doing what you do best: brewing new recipes and tasty flavours. 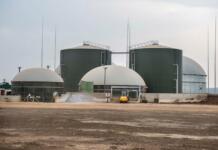 SAB to power breweries through waste-to-energy 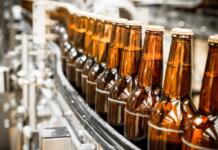 How art thou brew? 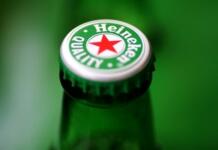