The drastic reduction in the oil price and stronger local demand hold out hope for modest economic growth this year, according to a recent review by the Oxford Business Group.  However, even the 2.1% predicted by the International Monetary Fund could be threatened by the impact of the budget, due to be presented to Parliament at end of February.

Ettiene Retief, chairperson of the National Tax and SARS Stakeholders Committees at the South African Institute of Professional Accountants (SAIPA), fears that the Minister’s limited room for manoeuvre will mean that individual taxpayers are likely to bear the brunt of any tax hikes. He says that the Minister of Finance has a narrow range of options to fund the budget to be tabled at the end of February.

Says Retief: “In his Medium-Term Budget in 2014, the Minister anticipated the budget for the 2015-16 financial year to hit R1.2tn. While that’s not a significant increase on the previous year, it comes against a background of sluggish growth. Because the tax base is not expanding, that money will have to come from raising taxes—and I believe that individual tax and VAT are the most likely targets.”

The key drag on the South African fiscus is that the government’s spectacular improvement in collecting taxes has not been complemented by a growing tax base. The economy has grown well below 5%, the minimum needed to create jobs and thus more taxpayers. As a result, a small group of companies and individuals contribute a disproportionately large slice of tax revenues: a scant 0.1% of South African corporate taxpayers have taxable revenues in excess of R100m and contributed 63.8% of corporate taxes paid in 2013-14, while around four million individuals contributed some 34.5% of the total taxes paid. Similarly, 7% of registered VAT vendors contribute 75% of the VAT collected by SARS.

Retief argues that the Minister is unlikely to raise corporate taxes primarily because of the effect this would have on the economy’s longer term growth prospects and foreign investments. In addition, corporate tax is slow to collect, and is levied only against profits.

Because personal income tax still represents the largest slice of the tax pie, he thinks it likely that the Minister will see no option but to increase taxes on this group. VAT is the next biggest contributor (26.4%), and collection is immediate, so Retief predicts we could be in for an increase in the VAT rate.

“At 14%, our VAT rate is substantially below that of many countries — 17 to 20% is not uncommon,” he says. “A hike of half a percent is not out of the question.” However, this must be balanced with additional zero-rating and exemptions to lessen the impact on basic food, books, school uniforms, to name a few. If this is not done it will have a greater impact on the lower income households. Perhaps even a luxury tax would yield greater short-medium term tax collections when compared with capital gains tax or estate duties.

Whatever the details, Retief concludes that the Minister should pay due attention to the need to provide enough stimulation to grow the economy and so spread the tax burden.

“At the same time, though, as I’ve said before, the Minister must move decisively to provide real solutions to the growing dissatisfaction of this small group of taxpayers with the continued inability of the state to spend its money wisely and effectively,” Retief concludes. 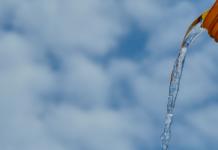 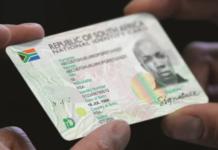 South Africa’s new ID system will track you from birth 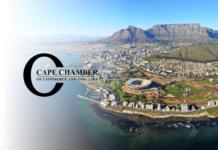 New leaders for the Cape Chamber of Commerce & Industry