The greater Cape Town area, including Stellenbosch, is the most productive technology sector in Africa, employing up to 50 000 people.

This is the finding of a newly-released report titled the “Evaluation and Network Analysis of the Cape Town-Stellenbosch Tech Sector“, which identifies Cape Town as Africa’s tech capital.

According to the report, 450 to 550 entrepreneurial companies in the greater Cape Town area employ between 40 000 to 50 000 people, which is significantly more than respective tech sectors in Lagos and Nairobi.

In comparison, the Lagos and Nairobi tech communities employ 9 000 and 7 000 people respectively, it reveals.

The report, conducted by Endeavor Insight, was commissioned by the Cape Innovation and Technology Initiative (CiTi), Wesgro and the Allan Gray Orbis Foundation with the support of the Western Cape government.

Based on interviews with 150 local technology entrepreneurs and research into more than 450 local tech founders and their companies in the Cape Town and Stellenbosch area, the report aimed to discover the current state of the city’s tech entrepreneur community and identify where the opportunities for growth lie.

While the Cape tech sector has shown significant growth, the report highlights, there were challenges noted by companies interviewed, primarily access to talent, a problem also encountered in Johannesburg and other African cities.

Second was access to equity and finance, and lastly, access to customers was noted as a problem being faced by entrepreneurs.

The report continues to say that an increased focus on investment into talent development creates potential for greater job creation in the digital economy. 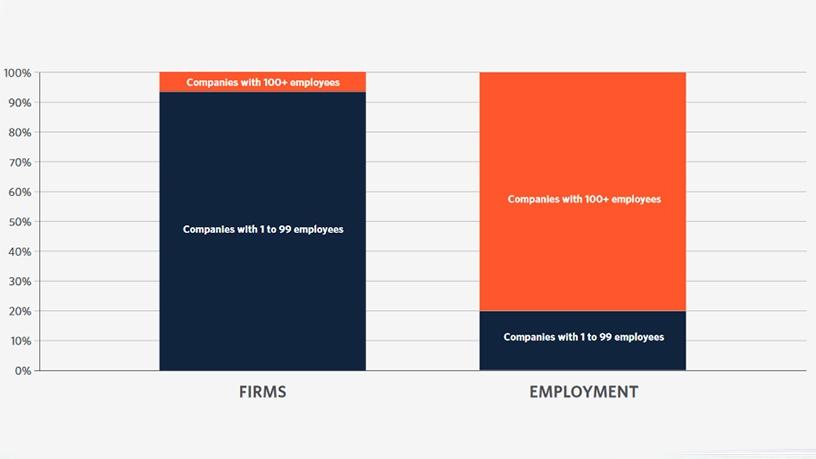 Ian Merrington, CEO of CiTi, adds: “As an integral catalyst for the ecosystem’s growth, we are hearing a similar challenge across African tech sectors. Sourcing specialised talent for digital teams is seriously limiting business growth. The report was great validation that the CapaCiTi tech skills and job-readiness programmes we drive are completely market-relevant to assist entrepreneurs, corporates and governments to understand and better solve their talent constraints to growth.”

The research findings show of the more than 500 entrepreneurial companies in the tech sector, 20% work in the e-commerce and software-as-a-service sectors, with 15% in fintech.

Furthermore, tech companies that have helped put Cape Town on the map and have strong global presence include Naspers, Clickatell, BrandsEye and GetSmarter.

“The dynamism, productivity and high-impact companies of Cape Town’s tech sector make it stand out as one of the most successful models in Sub-Saharan Africa,” notes Rhett Morris, director of Endeavor Insight.

“It has generated the continent’s most highly valued tech company, as well as other software businesses that have reached scale, exited for significant sums, or grown to become leading businesses on the continent.”

In addition to highlighting the vibrancy of the city’s tech entrepreneur community, the research reveals the reasons entrepreneurs decide on Cape Town as the ideal destination to kick-start business.

According to the report, there are five reasons for starting a tech company in Cape Town. These are: Cape Town is an inspiring place for entrepreneurs to network, it is perceived as a tech hub, the vibrant local tech business community for start-up support, a globally competitive lifestyle that promotes innovation; and strong universities and major companies that help bring talent to the city.

Alan Winde, Western Cape MEC, says: “Cape Town has made a name for itself as a tech city through the hard work and innovation of its tech entrepreneurs, and investments by major international tech firms. It is because of this, and the enabling environment created in the Western Cape, that the sector is responsible for supporting 40 000 to 50 000 jobs. Nurturing this sector and developing a wide skills base to be able to sustain this market is more important than ever before as we enter the fourth industrial revolution.”

Wesgro CEO Tim Harris concludes: “This report shows the Cape is the tech capital of Africa, a place of innovation and the future. It also shows us that we can do even more to unlock its full potential and become one of the top tech destinations in the world. The tech sector will be a key driver of economic growth and job creation over the course of the next 10 years and we look forward to watching this ecosystem flourish.”

Key questions to consider before investing in AI for marketing