The Cape Town weather forecast just keeps getting better and better. Predictions last week said that the rain would last until Tuesday in the Cape. But it seems the stormy season fancies an encore.

According to weather data supplied to us through Ventusky, the gloomy conditions are set to hang around. When you’re in the grip of a huge drought crisis, these are perfect conditions.

With light showers to persist through to Wednesday – before one final deluge on Thursday – Cape Town’s miserable May could well be a game changer as the city fights against the threat of day zero.

All is well with our predicted rainfall for the weekend and Monday. Now, we’re looking ahead. Tuesday itself is a very easy going day.

Light showers will populate the region, without really staying for long periods. Another millimetre on top of the 10-15mm that has fallen since Sunday will keep the momentum going into Wednesday: 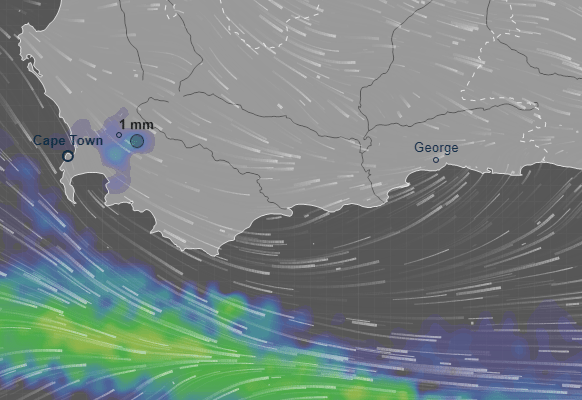 Tuesday’s rainfall will be few and far between. (Ventusky)

Wednesday also follows a very similar pattern. It’ll be in coughs and splutters rather than sustained barrages of rain. However, every drop counts as Cape Town battles to hydrate itself: 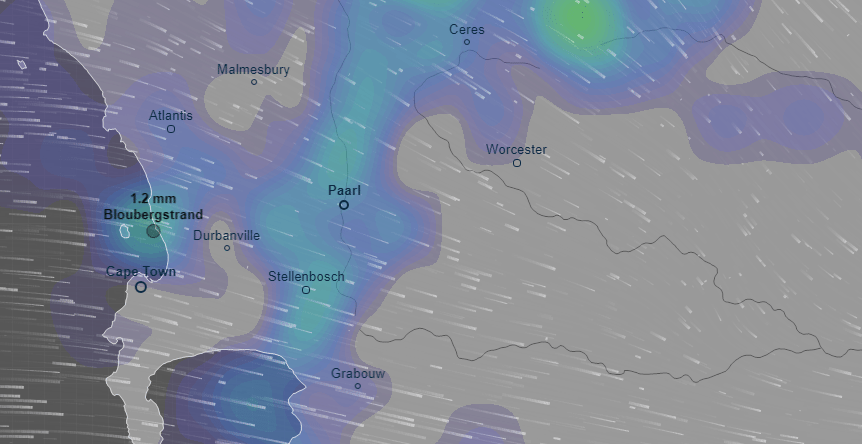 Now, we have the main event. Rather than petering out, this period of precipitation leaves us with a bang rather than a whimper.

Ventusky tells us 16.5mm is set to drench the Cape Town municipality on Thursday, as a weather system sweeps in from the south-west: 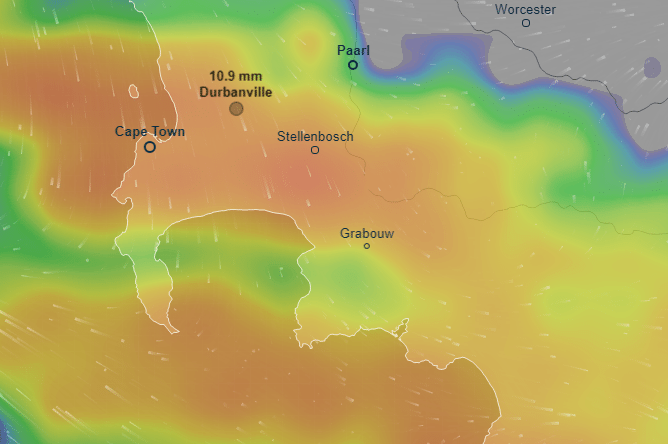 A good soaking will have its way with southern parts of the Western Cape. (Ventusky)

It looks like the first band of rain will sweep into the region at 7:00. From there, the wet weather somewhat intensifies. From 8:00 – 11:00, more than 12mm is expected in the Mother City – that’s roughly what they’ve had in the last two days.

This deluge will reach as far north as Durbanville, and as far east as Pearly Bay. Regions within this belt can expect to clock about 10mm of rainfall. From 14:00 on Thursday, the rain will ease off and dissipate.

Another nuclear plant for Cape Town?