Lack of government planning, commitment and obscure tariff protection for the steel producer has had major consequences.

THE promised R100 billion Infrastructure Fund announced by President Cyril Ramaphosa in his State of the Nation Address will hopefully lead to an increase in the demand for galvanized steel.

This news is a Curates Egg moment for the Africa Desk of the International Zinc Association (IZA) under Simon Norton, who is tasked to address the decline of the zinc industry in the country and on the continent.

While South Africa has 20% of the world’s zinc deposits, it no longer refines any zinc, following the closure of the Zincor refinery in Springs by mining company Exxaro at the end of 2011. Up to that point, the country produced 110 000 t/y of refined zinc worth about R4.3 billion. From 2014 to 2019, South Africa imported R15 billion worth of refined zinc.

However, the uptake of refined zinc has declined rapidly from 86 000 t in 2015 to 47 000 t in 2020. This represents a major challenge, and therefore the IZA’s short-term goal is to gradually boost zinc uptake to a new high of 60 000 t/y, ultimately peaking at 90 000 t/y in three years’ time. “Zinc is one of the major global commodities, along with the likes of iron ore,” comments Norton.

The majority of refined zinc is used for corrosion protection of steel. However, its varied applications range from being an essential ingredient in fertiliser for the agricultural industry, to being an important nutrient and health supplement. Zinc is also a major constituent in the die-casting of metal automotive components and zinc oxide aids in vulcanising rubber tyres.

The IZA plans to reignite the debate of re-establishing a zinc refinery in the country, ideally in the Saldanha Bay Industrial Development Zone (IDZ). This will not only lessen its dependence on costly imports, but also make the refined end product more readily available locally and therefore able to be specified and consumed in greater quantities.

“The debate around building a new zinc refinery is linked to the issue of the future development of our rail sector to promote such wide-ranging industrial and economic development. For example, locating such a refinery in the Saldanha IDZ is ideal, as it means that the Sishen-Saldanha rail link can be used to convey zinc concentrate. In addition, we can build new rail linkages from Gamsberg and Prieska, which are massive infrastructure projects by themselves that stand to generate thousands of much-needed jobs,” highlights Norton.

The recent decision by French oil company Total to declare force majeure on its Mozambique LNG project at the end of April due to an attack by Islamic State-linked militants the previous month, is a major blow to the South African steel fabrication industry. The nearby Rovuma project has also been put on hold due to the worsening security situation.

These two projects in Northern Mozambique were expected to buy huge quantities of South Africa steel, as well as other goods and services. The total in-plant steel structure tonnage was estimated to be about 70 000 tons for Rovuma alone.

“We anticipated this tonnage to have been divided between three to five fabricators, of which at least one or two were hoped to be South African,” commented Norton . A galvanizing facility had also been on the cards to be built in Mozambique. 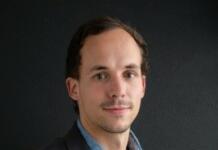 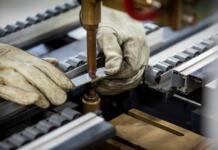 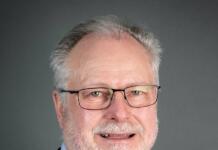