The Consumer Goods Council of South Africa (CGCSA), in partnership with its members in the manufacturing and retail industry, recently launched a toll-free Illicit Crime Hotline the public can use to anonymously report information related to illicit and counterfeit manufacturing and trading of products in South Africa.

Tobacco company Philip Morris South Africa (PMSA), which is a member of the CGCSA, has described the development as “a step in the right direction”.

“We welcome the commitment of the CGCSA in combating illicit trade in South Africa, it comes at an important time when illegal activity is rife,” says Marcelo Nico, managing director of PMSA. “The launch of this hotline will enable South Africans to be directly involved in the fight against illicit and counterfeit manufacturing and trading of products in the country, which affects not only government revenues and legitimate businesses like ours, but consumers and society as a whole.”

According to the CGCSA, illicit trade is one of the biggest threats to economic order and growth in South Africa.

“The launch of this hotline is a step in the right direction to help strengthen cooperation between the consumers, the private sector and government to combat illicit trade,” Nico says. “Recent reports indicate that illegal activities in general were estimated to result in a tax compromise of more than R100bn, while the South African Revenue Services (SARS) estimates at least R10bn in lost taxes over the past four months as reported so far as a result of the tobacco and alcohol ban.”

Abraham Nelson, CGCSA head for the Crime Risk Initiative (CRI) says the toll-free number (0800 014 856) is one of the initiatives by CGCSA to protect its members from illicit or counterfeit manufacturing and trading of various product such as alcohol, cigarettes, food, pharmaceuticals and clothing. It also serves to protect consumers from non-compliant products.

Nico adds: “There is still much to be done in SA to combat illicit trade, especially in a year like 2020 where for a substantial part of the year, tobacco was not permitted for sale in South Africa and the illicit trade for tobacco was blooming.”

“The next important step is for South Africa is to ratify the World Health Organisation’s (WHO) FCTC Protocol to Eliminate Illicit Trade in Tobacco Products,” according to Navi Pillay, former United Nations High Commissioner for Human Rights, the member of the Expert Council of PMI Impact.

“Our country suffers from one of the highest rates of illicit tobacco trade globally. The public and private sector as well as civil society all have a role to play in developing and implementing meaningful solutions against illicit trade. I look forward to the Government to further the momentum by adding additional and effective anti-illicit trade measures to complement the CGCSA’s initiative,” Pillay adds.

“As a society, we all have a role to play. As we are working toward a smoke-free future, we know that in order to achieve this objective, it is more essential than ever to eradicate illicit trade,” says Nico. “We are calling on the public not to support the illicit cigarette trade in any way and if anyone has information about illicit trade or counterfeit manufacturing, they should call the CGCSA’s toll free hotline.” 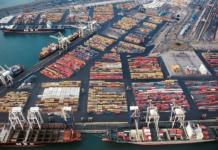 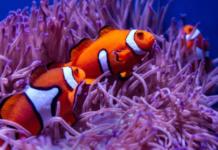 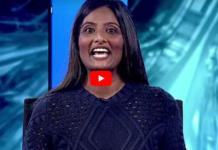