In their ongoing drive to meet customer requirements and bring leading international brands to the local mining and construction sector, Babcock has introduced the new Volvo A60H articulated hauler to the southern African market following its much-anticipated unveiling at the 2016 Bauma exhibition. This heavyweight 60-ton articulated hauler is the largest machine to ever be built by Volvo and the company claims it is the largest of its kind in the world.

The A60H’s higher payload represents a 40% increase on Volvo’s current A40 models, significantly lowering the cost-per-ton ratio for hauler customers, while its stability, comfort and high hauling speeds are ensured by the matched drivetrain, automatic drive combinations, all-terrain bogie, hydro-mechanical steering and active suspension, further optimising production and minimising operational costs. An added advantage of the A60H is that it has many features that will be familiar to A40 operators, eliminating the need for any major operator training.

“It will be an easy transition for operators with only a short orientation course needed,” says David Vaughan, Sales Director – Equipment at Babcock. “Furthermore, technicians who regularly service other Volvo haulers will have knowledge of many of its elements such as a front grill that swings down, opening up a service platform with anti-slip steps, and an electric hood that opens to 90°, allowing full and safe access to the engine compartment,” adds Vaughan.

The A60H has been launched locally in conjunction with the new Volvo EC950E, a 90-ton crawler excavator that combines power and stability to handle a higher capacity in the toughest applications. Vaughan says that this excavator is eminently suited to the southern African market and fits right into Babcock’s product line, as well as complementing the A60H hauler.

“The A60H is ideal for hard rock mining, coal mining, general mining and big quarry applications, and the EC950E has been designed to load the massive A60H, so they work hand-in-hand,” explains Vaughan. “Moreover, the Volvo A60H is designed to keep fuel consumption to a minimum while the EC950E heavy-duty excavator delivers best-in-class fuel efficiency and features a powerful 16-litre engine, a new electro-hydraulic control system, Volvo’s unique ECO mode and an ergonomic design.”

Vaughan goes on to say that extensive market research recently undertaken by Babcock among its local customers within the mining and quarry industries revealed that two thirds of its clients believed there was definitely a niche for a bigger articulated hauler in South Africa. However, he points out that whilst Babcock is excited and optimistic about the positive response to the A60H, it in no way eliminates the need for the Volvo A40 in the industry.

Despite current economic conditions that have seen a general slowdown in the mining sector, Vaughan says that Babcock has enjoyed continued customer support that has allowed the company to thrive in a tough economic environment.

“We accredit our ongoing success to our exceptional aftersales service and the continued support we receive from our customers. We are now bringing out the A60H and EC950E to meet changing customer demands and to emphasise our commitment to service delivery,” says Vaughan.

Babcock is the exclusive regional distributor for Volvo Construction Equipment in South Africa. The A60H is the industry’s largest ever 6×6-configuration articulated hauler and was unveiled earlier this month at the 2016 Bauma exhibition in Munich, Germany, where Volvo also celebrated the 50th anniversary of their articulated hauler concept which saw the new A60H joined by its earliest predecessor, the DR631 from 1966, fondly known as ‘Gravel Charlie.’ 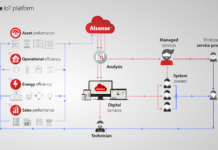 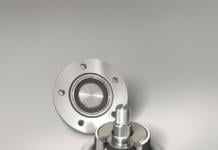 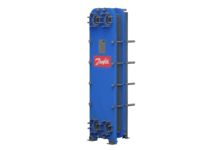