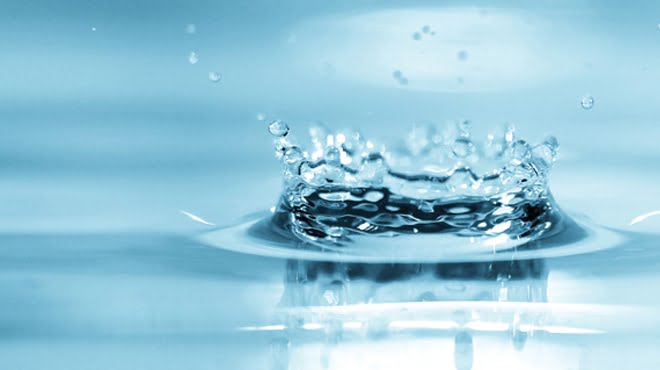 At the current pace, demand for water will increase by 55% globally by 2050, projects the Organisation for Economic Cooperation and Development (OECD.)

The increase will mainly come from manufacturing (+400%,) electricity (+140%) and domestic use (+130%.) In fact, the World Bank has cited a 40% global shortfall between forecast demand and available supply of water by 2030. Add in competition from agriculture to feed growing populations, and the gap between supply and demand results in very challenging consequences.

This means that water has moved to the top of the business risk agenda – according to the World Economic Forum’s Global Risks Report 2015 – and is a major concern for society as a whole. With business sharing water with communities, industry, farmers and other users, securing the right quality and quantity of water at the right time is set to become a serious production and reputational issue.

PwC’s Collaboration: Preserving water through partnering that works’ report, which explores the risks for business associated with water and how to collaborate with stakeholders to achieve a common goal – to share water successfully.

The risks for business from having too much or too little water, water that’s too dirty or too expensive are increasing. Whether it’s used to cool, heat and/or clean as well as an ingredient, it’s also a critical factor in the supply chain; and can cause disruption in storage, damaging stock and imposing detrimental impacts on distribution. Even financial services is touched by water, investing in and insuring a business with an unknown or unquantified exposure to water risk. Water permeates right across the world.

“Ultimately, securing water will come down to effective collaboration with other users in the water basin and when stakeholders come together, even with the best intentions to work together, they often have huge differing perspectives and demands. PwC recognises the complexities of collaboration and are able to offer and independent perspective.”

More than oil or talent, water is increasingly the most problematic of resources due to inconsistency of supply, quality, pollution, drought and flooding. These issues have not gone unnoticed by the business world. According to PwC’s annual CEO survey, 46% of CEOs agree that resource scarcity and climate change will transform their business in the next five years.

In many instances economic development is expected in regions and countries where there is already a significant water shortage, such as the Middle East and Africa.

South Africa is a semi-arid and water scarce country with a mean annual rainfall of 450mm (compared with a world average of 860mm) and only 9% of that rainfall is being converted to river runoff. Water resources are unevenly spread across the country: 21% of the country, mainly the arid west, receives less than 200 mm per year and 65% of the country, less than 500mm per year. In addition, evaporisation rates can be extremely high; for example, in the northwest of the country, evaporation losses can exceed 2,750mm. This places significant pressure on water supply for agriculture and human consumption as high evaporation rates reduce levels of run-off and availability of surface water.

Of the economic sectors in South Africa, the agricultural sector is by far the largest water consumer. The sector is heavily reliant on irrigation – only 12% of South Africa’s land is considered suitable for growing rain-fed crops and even a smaller portion of land (3%) is considered fertile.

Water is not only vital for food production and domestic use; it is an integral element of the industrial, mining and power generation sectors which use about 10% of South Africa’s freshwater. Most of South Africa’s electricity supply is dependent on water-intensive coal-fired power stations which use substantial amounts of water for cooling.

As the country experiences continued population and economic growth, South Africa is approaching full utilisation of available water resources as an ever increasing demand for water resources will eventually outstrip supply.

Mammatt concludes: “Water has a place on the risk agenda for every business – either as a direct operational issue or in the supply chain. Business needs to have effective monitoring and management in place, both from its own perspective and that of its stakeholders.

‘Not only is production at stake, reputation and licence to operate are too, so the decisions around water have far-reaching consequences.”

Reset Rebuild & Reignite your business to thrive in a changed...

September 20, 2020
Historically, 60% of the market recovers within six months of an economic crisis. This means that now is the time to be acting to...

Is a sustainable certification worth it?