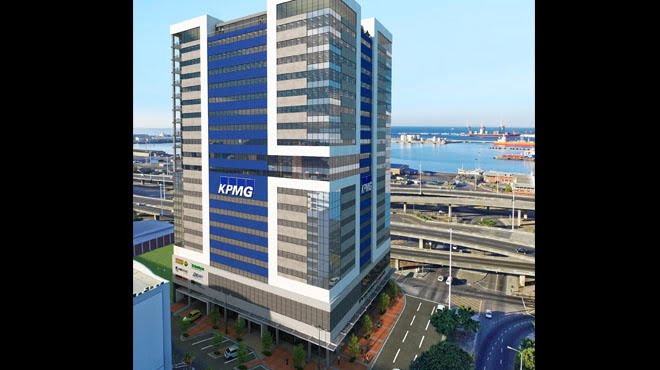 A new R400m mixed-use tower at the gateway into the Cape Town CBD will house the offices of KPMG and become a beacon for green development in the city.

What will become the new home of CBD-based accountancy firm KPMG has just commenced construction in the Foreshore area of the Cape Town Central City, on the corners of Martin Hammerschlag Way and Christiaan Barnard Street.

Craig Armstrong, spokesperson for the developers, FWJK, announced that construction work had begun on KPMG Place, a R400m project being developed for the Pietermaritzburg-based Ducatus Group and the first commercial building for a number of years to be built along the “frontline” of the Foreshore area running alongside Nelson Mandela Boulevard.

The Chairperson of the Cape Town Central City Improvement District (CCID,) Rob Kane, notes that this is part of a massive reurbanisation of the Foreshore area. “As the CCID, we define this area as stretching from Riebeek Street and Old Marine Drive down to Table Bay and Nelson Mandela boulevards, and bordered on either side by Buitengracht and Christiaan Barnard Street.

“Of the more than R7.001bn of investment being made in the CBD between last year [2014] and 2017, over R2.114bn has recently been completed in this Foreshore area, while more than R3.112bn will be completed between now and 2017 – including the new Netcare Christiaan Barnard Memorial Hospital and CTICC expansion. This is going to completely revitalise the Foreshore and bring it up to the same dynamism as the rest of the Central City.”

The new KPMG Place is FWJK’s second high-rise tower development in the Foreshore area – the other, also currently under construction, is Touchstone House in Bree Street, a R250m investment that is due for completion in October this year.”

KPMG will be taking up 7,000m2 of the available A+ grade office space in the new 19,000m2 mixed-use development. This will see KPMG relocating its entire operation 200m from the MSC Building to 4 Christiaan Barnard Street.

“Gary Pickering, managing partner at KPMG, advised us that they had considered many relocation options presented to them over the past two years,” says Armstrong, “with this development assembled by FWJK providing the most attractive option from a cost- and design-efficiency perspective.”

Pickering had added that KPMG had also been attracted by the “green” initiatives that had been incorporated into the building design and believed that KPMG Place would provide staff with the perfect home into which they would relocate to during the first half of 2017.

The design of KPMG Place has focused on electricity and water savings for the benefit of the occupants. The design initiatives, according to Armstrong, include light motion sensors throughout the office and parking levels, heat-resistance glazing, the elimination of geysers throughout the building and the inclusion of wall kettles in place thereof, and water-saving sanitary and brassware. These and a host of other design and product initiatives will result in KPMG Place having one of the lowest per square metre electricity and water costs in Cape Town.

Says Armstrong: “We’re hoping that these reduction in costs will become one of the new yardsticks for comparing varying office relocation options.”

Kane concludes: “We applaud the developers for these green initiatives as it is vital that all new builds and refurbishments in the Cape Town CBD work towards making our Central City a sustainable environment in line with the most progressive downtowns globally. We are also extremely pleased to note that an international corporation such as KPMG has elected to stay in the Cape Town Central City and take advantage of what the revitalised and vibrant Foreshore precinct will have to offer.” 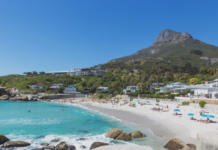 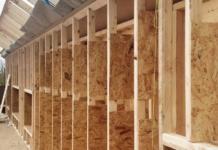