While the South African residential property market is showing signs of strain, prices in the Western Cape just keep going up.
According to the FNB Western Cape House Price Index, “the province is the most expensive within South Africa’s borders, with an average estimated house transaction price of R1,353m. Over the past 15 years, its cumulative house price inflation has been estimated at 290.5%, more modest long term growth than the booming Namibia. But of late, it has been the only major region within the Rand area to show an average house price growth acceleration, while all else around it shows a slowing pace of growth.”
There are a number of contributing factors responsible for this seeming anomaly, including but not limited to the outdoor lifestyle possible in the province as well as the perception that the area is safer and has better, more reliable service delivery. Added to this Cape Town has won the Best City in the World award in the Telegraph Travel Awards for the fourth consecutive year and was just named Condé Nast Traveler’s Best Food City in its Reader’s Choice awards. The Mother City’s a firm favourite with both international travellers and buyers from other provinces;
“We’ve seen a marked and consistent increase in demand from buyers moving in from other parts of South Africa in recent years”, says Bruce Swain, MD of Leapfrog Property Group.
“The FNB Western Cape House Price Index for the 1st Quarter of 2016 rose 12% year – on – year. This is faster than the 10.5% recorded in the previous quarter, and is the highest price growth rate recorded since the 1st quarter of 2006. Even in real terms, when adjusted for the province’s CPI (Consumer Price Index) inflation rate, the rate of increase was a very strong 5.58% year – on – year in the 1st quarter”, explains John Loos, FNB Household and Property Sector Strategist.

“While it’s clear that the Western Cape is a very desirable place to live, there is also a greater land constraint – pushing property prices ever higher, with no end in sight”, believes Swain,
“This is a factor that could induce buyers from other provinces to look further outside Cape Town when relocating as they won’t be able to purchase a property of the same size for the same amount in CT, as they could in Gauteng for example”.
Another factor is that many first time buyers are opting to move to other provinces, mainly Gauteng, in search of better work opportunities.
“The first quarter FNB Western Cape House Price Index shows that the national average for first time buyers is around 20% of total buying whereas it’s only 11% in the Western Cape and as property prices increase it’s quite likely that more and more young buyers will look elsewhere, not only for work opportunities but for affordable housing,” says Swain.
Loos believes that the Western Cape is unlikely to escape the global and domestic economic slowdown and the FNB Estate Agent Survey points to “a year-on-year decline in Residential Activity levels recently, as one would expect in this credit-dependent residential market when interest rates are rising. In addition, the survey has also pointed to residential buying by foreigners as having slowed, from a high of 10.5% of total buying late in 2014 to 6.5% by the summer quarters of 2015/16.”
“The Western Cape property market has been out-performing the rest of the country, but as the economy stagnates even this area will be affected, albeit it likely not to same degree. The province will need to improve its availability of affordable housing and creation of job opportunities if the current growth is to be maintained long term”, says Swain.
Post Views: 7 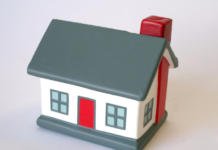 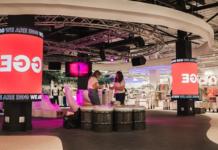