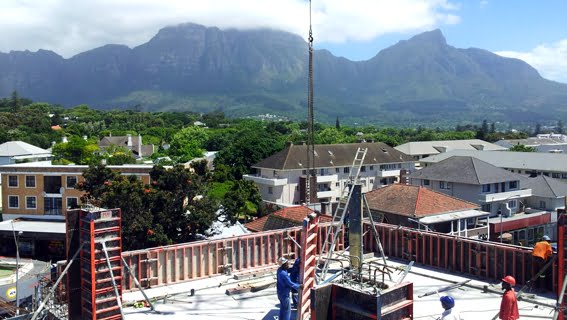 With the concrete frame of the building now cast right up to third floor and roof level, the new ‘Pam Golding on Main’ P-Grade office and retail building in a busy commercial node in Kenilworth, Cape Town is growing impressively out of the ground at a considerable rate.

Situated on the corner of Main and Summerley Roads, and developed at a total project cost in excess of R100m, the 4,100m2 development is set to become a landmark focal point in the area, incorporating a lively streetscape with al fresco dining after working hours.

“Passersby can now gain a good sense of the scale of the building, the design of which will enhance the appeal and ambience of this area of Main Road,” says architect Daniel Nugent of Vivid Architects. “What strikes one on site is the expansive view from the upper levels. Due to the generally low-scale nature of the built fabric along this portion of Main Road, tenants on these floors will enjoy virtually uninterrupted views to the north, east and west. While the west-facing views towards the close mountain ranges of Table Mountain and the Constantiaberg are particularly scenic, the views to the north and east offer glimpses of the two oceans – something we had not even imagined.”

With the final section of the concrete roof slab just cast, more or less completing construction of the concrete structure of the building, brick work is currently being carried out in all areas. Garry Sheard, senior partner of consulting structural engineers, De Villiers Sheard, says the main reticulation pipes for the building services such as water, waste water and storm water are being installed, while the basement levels are being cleaned out and brick linings constructed.  The area about the site is also being backfilled to bring it back to the level of the surrounding streets.

“The look of the building should change rapidly as work is on track for completion towards the end of May 2015,” says Sheard. He says one of the challenges encountered by the contractor on site has been the proximity of overhead electrical cables along Summerley Road, which turned out to be too close to the building for comfort, so construction on that façade had to be postponed while the City Council moved the cable. In addition, as Summerley and Main Roads are both busy, congestion around the intersection complicated deliveries to the site.

“A further issue was the presence of ground water, coupled with the significant amount of rainfall experienced while the large excavation was open to the sky. While earlier geotechnical investigations conducted in early 2001 – which were for a shallower basement, showed no evidence of ground water, the addition of a third level of basement parking did intercept water. This has been interpreted as a ‘perched’ water table, supplemented by underground run-off from winter rains. It is expected to diminish over the drier, hot summer months and even dry up completely.

“The developer has decided to use this water positively and it will now be pumped to storage tanks which will be located at ground level, close to Main Road. The volume that will be stored will be balanced against the available supply and the demands of irrigation, with capacity of up to four 5,500 litre tanks available. This water has been tested and proved suitable for irrigation and will be used for the site. The water is collected in a sump in the basement and a float switch used to keep the level to just below the level of the lowest floor,” says Sheard.

Peter Golding, who is project managing the upmarket redevelopment on behalf of the Pam Golding Property group, says there is some office space available in Pam Golding on Main, at a rental rate of R155/m2 with a rate of R80 for balconies, and with secure basement parking at a monthly rental of R1,000 per bay. Parking access and exit is via Summerley Road, with 45 minutes’ free parking for customers of Pick n Pay, which will occupy 500m2 on the ground floor for their new small-store offering, which will include a coffee shop and bakery. Pam Golding Properties will occupy over 1,000m2 – comprising the entire first floor and some retail space on the ground floor, while a restaurant is planned for the ground floor corner site, spilling out onto the pavement. 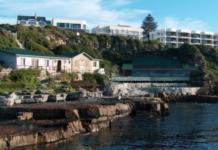 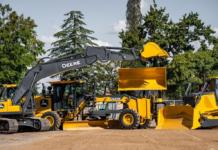