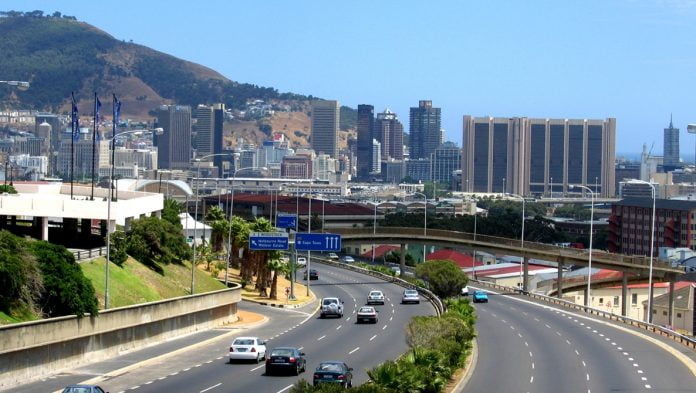 Property investment is one of the biggest game changers transforming the Cape Town Central City, and so far this year seven new developments or redevelopments have been confirmed, at least three of them with a combined value of some R270m.

Through the publication each year of the annual investment guide, The State of Cape Town Central City Report, the Cape Town Central City Improvement District (CCID) has managed to keep tabs on the major game changers across the board that are transforming its downtown area. This is according to Rob Kane, Chairperson of the CCID.

The CCID has published the annual investment guide for the past four years, tracking the growth of various business and leisure sectors, as well as the rise of geographical nodes in the Central City. In terms of the former, the legal, creative, financial, healthcare and publishing sectors had already been identified over the years as strong contributors to the CBD’s economy. In terms of the latter, sectors included the night-time and afterhours economies as well as the residential sector.

Commenting on the rise of the Foreshore node since 2012, the report’s editor and co-author, Carola Koblitz, noted that back in 2012, the CCID’s first report recorded an investment value into the area of around R3.2bn, which at the time included the development of projects such as Portside, Touchstone House, 22 Bree, Atlantic Centre, the Civic Centre update and the CTICC expansion.

“In 2012,” notes Koblitz, “we had yet to hear of investments such as Roggebaai Place, 33 Heerengracht, the Media24 upgrade, The Towers redevelopment, the Parkalot building, the upgrade to the entire Artscape complex, upgrade to Southern Sun Waterfront, the KPMG building, the redevelopment of Triangle House by Signatura, the Thomas Patullo redevelopment, the Modern, 19a Loop Street, theLINK, Goldies or even the new Christiaan Barnard Memorial Hospital. These developments added almost R4.6bn to our original 2012 figures, bringing the investment just into the Foreshore since 2012 to just under R8bn in that area alone.

“Add to that the fact that the V&A Waterfront’s most recent developments are expanding towards the Foreshore, and that there are a number of other development happening within the harbour area to the north of the CTICC, and what we are going to see is a very exciting reconnection of the CBD to the sea.”

The Bree Street economy had been identified as another node to watch, as it moved towards the CBD’s first true 24-hour economy, with daytime retail and businesses in operation, popular after-work venues where people met for drinks before heading home, the recent rise of restaurants and then late-night bar and entertainment venues.

Add to this, says Koblitz, “A substantial amount of residential and hotel accommodation – both existing as well as under construction – happening on or in close proximity to this street.

“Over the past year, we’ve recorded shops and eateries opening along Bree at the rate of one a month, and now the streets that lie in close proximity to it are starting to redevelop as well in exciting new ways.”

Overall property values in the CBD have also increased substantially.  Explains Kane, “In 2006, the City’s official valuation of the downtown sat at just over R6.1bn. By the 2014/15 financial year, this official valuation had risen to close to R24bn.

“By the end of 2015 we estimated conservatively that another R8.2bn would be added to this figure over the next five years, with a total valuation close to R32bn by 2020 across 26 projects.  And since January 2016, we’ve heard of at least another seven development projects coming on board. We do not yet know what they will add to the R32bn, but it does illustrate how intensively the CBD is changing – and across its entire footprint, from the Foreshore to the older part of the CBD.

Another large transformer of the economic landscape of the CBD is the rollout of the City’s own fibre-optic broadband network. With R1.7bn being spent by the City throughout the metro to connect its own buildings as well as those of the Western Cape Government, the network is now robust and extensive enough for the City to install cables to private buildings. With a pilot project being rolled out by the City’s Telecommunications Branch in the Cape Town CBD, to date 50 private buildings had already been connected. The project now also incorporated the involvement of the CCID, who were assisting the City to make contact with the various private property owners with premises in the area.

According to Tasso Evangelinos, Chief Operating Officer of the CCID, “It is estimated that by June 2021, approximately 1,000 in the CBD buildings will be connected. So for those of you who’ve noticed the large amounts of trenching going on around here, please bear with it: the end results will be well worth the inconvenience and upheaval!”

Another interesting game changer in the CBD, had been the rapid update over the past year of vacant commercial space.

Notes Koblitz, “At the first quarter of 2014, this was sitting at an average of 14.4%. Portside had opened its doors as had Roggebaai Place, and other office complexes were waiting at the time to come on line. And the big question at the time – from within the property industry and the media – was: is that space going to fill?  There were certainly high vacancy rates in Premium grade at the time, but C grade vacancies were also very high.”

However, by the final quarter of 2015, commercial vacancies had decreased dramatically to 10%, on average.

Retail had also been faring well, with an overall occupancy rate during 2015 of 95%.

Says Kane, “We believe a lot of opportunity still exists in retail – from the growing daily office complement and the expanding nighttime economy, to the events and other opportunities that are bringing families into the after-hours market of the CBD, and of course, the growing

Notes Koblitz, “Back in 2000, we had a residential population in the CBD of no more than around 750 people.  Today, we estimate that this has now reached close to 7,000.”

“We’ve obviously identified a very real need for more affordable housing, but we understand that this demand is seldom met only by private development. For this to happen, there needs to be public-private partnerships on land currently owned by government. And interestingly, we still have quite a bit of this in the CBD and right on its borders.”

There was also a need for more student accommodation, says Koblitz, “But over the past few years, we’ve seen some very interesting repurposing of old C-grade buildings becoming really good quality accommodation for students – some of which is also being used by young professionals just starting out.

“So certainly, there are many opportunities in the residential sector still, providing there is a clear understanding and analysis of market needs.”

Keeping with the theme of “game changers”, Dion Chang gave his insights in a presentation “The Business of Disruption – the ripple effects of game changing technologies.”

Chang notes that business collaboration is going to be the lifeblood of 21st century commerce, which is particularly important for companies operating in close quarters such as a CBD.

“We live in an on-demand economy, which is only going to get more so in future and it’s no longer big companies versus small companies; it’s about how fast you can move and the user experience memory you leave behind.”

He says companies and their staff should not feel threatened by technology, because while the doors will close on some options, many more opportunities will be created. Citing the example of online retail giant Amazon (which is currently testing drone delivery systems in five countries outside of the US), Chang explains their Prime delivery option in the States, which sees packages delivered within 30 minutes of ordering utilising informal, flexi-time “drivers” who are resident in the area and deliver parcels for a fee as and when it suits their schedule to be available to the company.

Chang also advises developers currently planning new residential and commercial buildings to include drone landing pads in their designs, because these will become an everyday feature of the landscape within a few short years. Currently high congestion traffic zones such as the CBD could also conceivably become free of private cars in future, replaced by technology-driven services such as Uber and smartphone-controlled car-sharing. 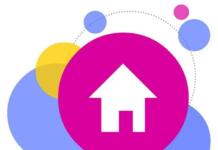 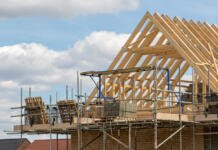 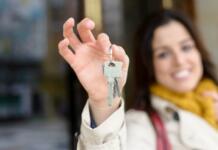