The Western Cape housing market was “strong” by recent national standards, but there were limits to how long this market strength could continue, according to FNB.

John Loos, a household and property sector strategist, said yesterday house price growth in the Western Cape had outstripped the other major regions in South Africa in recent years.

The recent strength of the Western Cape housing market had been driven to a significant degree by demand from external sources, including buying by foreigners and more significantly by South African repeat home buyers migrating from other parts of the country, he said.

“This is a healthy driver of market strength, caused by the province having managed to build a strong brand as a destination, which has a strong economy, is well managed and has a good lifestyle,” he said.

But Loos conceded that housing affordability for the local population in the Western Cape region had deteriorated markedly and stressed there were limits to how long the Western Cape housing market strength could continue.

The province was not exempt from a possible real house price correction in what were currently weak economic times, he said.

However, the Western Cape housing market compared to South Africa’s pre-2008 housing “bubble” was not characterised by any credit driven speculative or over exuberant spending spree.

But Loos did not believe the Western Cape market had experienced an over exuberant and speculative home buying spree as the entire country had prior to 2008.

Loos said house price inflation in the pre-2008 housing “bubble” was more extreme than at any stage in South Africa’s recorded housing market history at a cumulative 304% from the beginning of 2000 until early 2008.

He said Western Cape average house price inflation peaked at 10.8% in the first quarter of last year, which was only marginally ahead of the prime rate percentage and therefore never created a massive “speculator’s paradise” as had happened at the height of the boom in 2004/2005.

“Unsurprisingly, therefore, we don’t see signs of widespread speculative activity in the form of a massive surge in homes resold within a short period after their purchase,” he said.

Loos said FNB estimated at the end of the second quarter that 40 odd percent of Western Cape homes resold had been bought within 12 months or less prior to the resale, which was significantly lower than the province’s pre-2008 boom time peak of 16.8% in the second quarter of 2005.

FNB also did not find any signs of over exuberance when viewing the growth in ownership of secondary properties in the Western Cape.

Loos added that total buy-to-let buyers in the province was estimated at 11.06% in the first half of this year, which was lower than the 20.5% high during the last decade bubble period in late 2008. 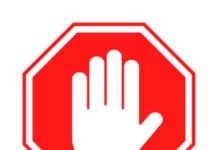 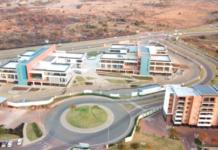 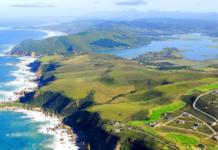 MECs fiddle while jewel of the Garden Route seethes