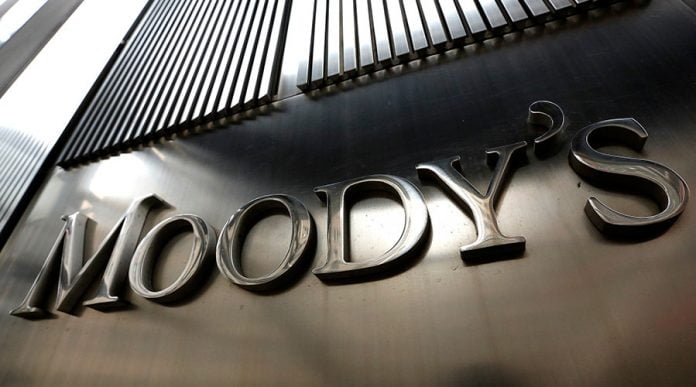 According to Bloomberg, South Africa is moving closer to a recession and possible credit-rating downgrade to junk after the rand collapsed and as investors lose faith in the ability of President Jacob Zuma’s government to stem the slide.

The currency of Africa’s second-largest economy crashed to a new record low of 17.9169 against the dollar early on Monday as market turmoil in China and a drop in US stocks deterred risk-taking. The 9% slump in the rand was the most since 2008 and the biggest of emerging-market and major currencies tracked by Bloomberg.

Policy makers are running out of options on how to ease the crisis, Bloomberg continues. Rising inflation risks stemming from the rand may force the central bank to take more aggressive action in tightening policy at a time when the economy is barely growing. Worsening debt levels and the threat of credit-rating downgrades mean Finance Minister Pravin Gordhan has limited room to veer from his budget targets by boosting spending.

“With large parts of the economy already in recession, it looks like a certainty” that the economy will contract, George Herman, head of South African investments at Citadel Investment Services, said on Monday.

“I have no doubt in my mind that we will be downgraded to sub-investment grade,” he said. “The reality is that our fundamentals, which were already under pressure last year, have now been pushed over the tipping point by the dramatic weakening of the exchange rate.”

While South Africa’s economy narrowly avoided a recession in the third quarter, growth has been under pressure because of electricity shortages, weak global demand, plunging metal prices and drought. Factory output declined by 1% in November from a year earlier, the statistics office said on Tuesday. Manufacturing production fell for eight of the first 11 months of 2015.

The central bank projects the economy expanded 1.4% last year, the slowest pace since the 2009 recession. Bank of America Merrill Lynch on Monday cut its 2016 growth forecast by 1 percentage point to 0.4%.

“The big problem is, now that we’re moving into this sub-investment grade environment, just how much can the Reserve Bank put through in terms of its rate hikes,” Matthew Sharratt, an economist at Bank of America Merrill Lynch in Cape Town, said by phone. “If you’re going to grow at 0.4 percent, the risk of fiscal consolidation being delayed further is exceptionally high.”

The government has struggled to rein in public debt as growth slowed, prompting credit-rating downgrades in the past two years. Gross debt has surged to almost 50% of gross domestic product from 26% in 2009 when Zuma came to power.

Standard & Poor’s cut the outlook on South Africa’s BBB- credit rating to negative from stable last month, indicating it may downgrade the nation’s debt to junk. Fitch Ratings Ltd. has an equivalent rating of BBB- with a stable outlook, while Moody’s Investors Service rates South African debt one level higher at Baa2 rating.

Zuma has also fueled investor concern with erratic policy. He unexpectedly fired his finance minister, Nhlanhla Nene, on Dec. 9 and replaced him with a little-known lawmaker, only to reverse that decision four days later and bring Gordhan back to the position that he had occupied for five years through 2014.

The currency was 1% stronger at 16.6214 per dollar at 1:15 p.m. in Johannesburg Tuesday, while yields on South Africa’s rand-denominated government bonds due in December 2026 were more or less unchanged at 9.67%.

Adding to the economy’s crunch is the worst drought since 1992 that’s boosted food costs and pushed the farming industry into recession. The price of white corn, a staple food in southern Africa that’s also known as maize, has more than doubled on the South African Futures Exchange in the past year.

Investors have increased bets the central bank will raise the repurchase rate by more than 25 basis points on Jan. 28 to protect the credibility of its 3% to 6% inflation target band. Consumer prices rose 4.8% in November from a year ago.

“The drought story has definitely got worse, maize prices are up at very high levels so food inflation is going to be one of the major themes and very problematic for the Reserve Bank,” Malcolm Charles, a portfolio manager at Investec Asset Management, said by phone from Cape Town. “Our economy has been so decimated over the last couple of years.”