Rolls-Royce is expected to cut thousands of jobs this week as chief executive Warren East details how the engineering giant’s latest restructuring will work.

Up to 10pc of the FTSE 100 company’s staff could go in plans Mr East will outline at a capital markets day on Friday. this is equal to 4,000 jobs.

Rolls is struggling under an estimated £1bn bill to manage the problems with its new Trent 1000 engine. Airlines have been forced to ground planes over concerns the engines could cut out in flight.

Teams of Rolls engineers have been mobilised to inspect almost 400 affected engines and make repairs where necessary.

The company has slashed non-essential spending and began to look for cheaper head offices in London to help offset the cost of the work.  Rolls also faces the prospect of compensation claims from airlines for the cost of aircraft being taken out of service.

Mr East was parachuted into Rolls in 2015 tasked with getting the company back on track after a run of profit warnings.  He launched an immediate review that resulted in the removal of layers of management among other efficiencies and set the company a target of generating £1bn in cash a year by 2020.

In January he announced another shake-up, reducing the number of divisions in Rolls from five to three and plans to sell off the under-performing marine business.

In a note ahead of this week’s investor day, JP Morgan raised the prospect of as many as 4,000 staff being cut as duplicate roles are eliminated as the number of divisions is reduced.

“We would not be surprised if Rolls announces a headcount reduction of about 10pc,” analysts at the broker said, following examination of  restructurings at similar companies over the past decade and interpretation of Rolls’ management’s recent comments. 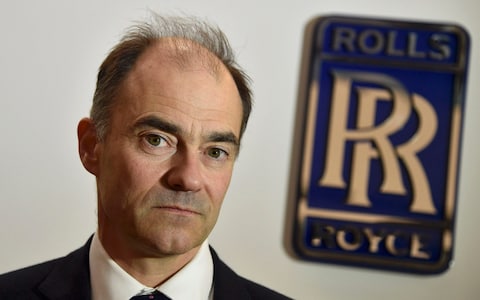 The broker put a £350m to £400m price-tag on such a restructuring but said it would expect a “net payback of 50pc of the upfront cost, implying c£200m of recurring savings by year three to four”.

Speaking on background, another analyst said: “It’s pretty much seen that Warren’s £1bn target for 2020 will be achieved and now the market wants to know what he can do to increase the value of the business to get it close to rivals like Pratt & Whitney – jobs cuts could be one way.”

Speaking at Rolls’s annual results in March, Mr East said that the restructuring would likely to come in support functions for the business, adding that he “didn’t really expect any significant reduction in the skilled operational and engineering roles”.

This is South Africa’s car of the year for 2019