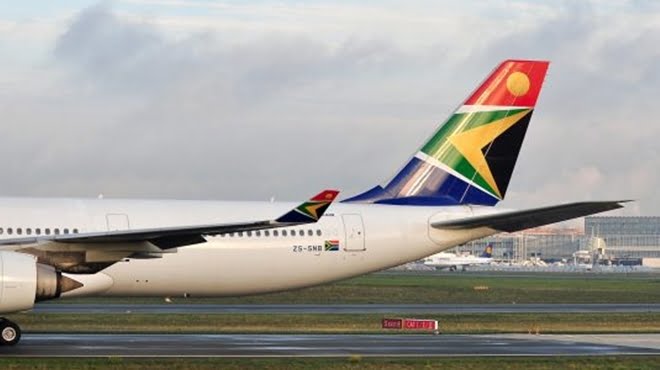 Union Solidarity says it will temporarily suspend its bid to put South African Airways (SAA) into business rescue, after the airline conceded, in writing, to demands that it find a strategic partner to help turn its financial crisis around.

According to Solidarity, SAA’s concession directly contradicted its previous statements that it would first have to turn the business around before seeking out a suitable strategic partner.

The airline would need a further R21 billion in bailouts to effectively turn the business around.

SAA CEO, Vuyo Jarana confirmed in a letter to Solidarity that the South African government announced that the private sector must participate in SAA’s ownership management.

Jarana further wrote that the shareholder (government), the SAA board, and management agreed to, in view of the pressure to fund SAA, immediately proceed with the process.

“In view of the SAA’s letter in which comprehensive undertakings are given, Solidarity has decided to suspend its application for business rescue for the time being.

“It is difficult to immediately proceed with litigation if the other party has conceded in writing to most of our demands,” said Solidarity chief executive, Dirk Hermann.

While SAA confirmed that it is desirable that further capitalisation of the business must be done mainly by a strategic partner, the extent thereof has not yet been finalised.

Solidarity said that it has a comprehensive 1,000 page application to finalise business rescue for SAA. It includes input from international aviation experts as well as business rescue practitioners.

If SAA or the government walks back on the commitments presented to the union, it says it will move forward with the application.

“We are not naïve – the SAA’s written undertakings are sufficient to suspend the application – however, we are very sceptical about the implementation of these undertakings,” it said.

“We have confidence in Mr Jarana’s good intentions, and we will give him the benefit of the doubt for the present. However, we have less confidence in the shareholder’s (government’s) political will to make radical decisions on private ownership of the SAA.”

“If it appears that the SAA does not honour its undertakings, or if the situation worsens, we’ll immediately continue with the application for business rescue,” Solidarity said.