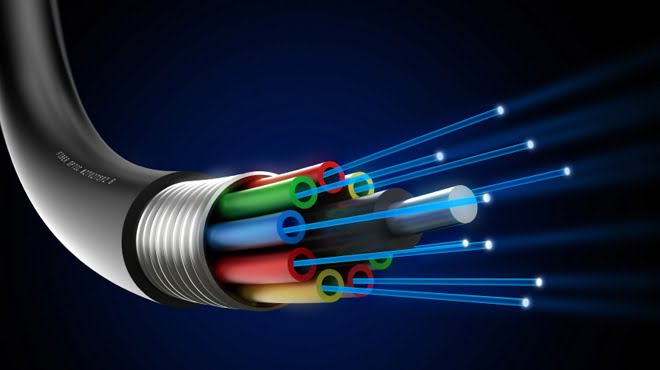 Cape Town’s broadband fibre-optic network has the capability to become one of the fastest metro telecommunications networks in the world. A recent trial showed that the network can sustain ultra-fast speeds of 400 Gbps.

The trial was done by ADVA Optical Networking, a German-based telecommunications equipment company that provides the optic transport layer of the City’s Metro Area Network. This is the first time that data transfer speeds at this rate have been achieved on an ADVA network in Africa, and only the fifth time in the world.

‘This demonstrates the high capacity and flexibility of the City’s network, which is now used to connect over 300 government and private buildings. Municipal sites include administrative buildings, cash offices, clinics and libraries, which operate off the fibre network provided by the City,’ said the City’s Mayoral Committee Member for Corporate Services and Compliance, Councillor Xanthea Limberg.

‘The trial demonstrates a potential quantum leap in both the speed and the potential performance of our network. At 400 Gbps, it takes less than 0,02 seconds to transfer data equivalent to the capacity of a movie,’ says Limberg.

The technical details of this trial involved the transfer of data at a sustained speed of 400 Gbps across a 106km fibre-optic route terminating at Nyanga and Mitchells Plain.

‘Being able to operate at speeds such as these will ensure that the City is able to cope with its own internal demand for bandwidth for data, video and voice systems. It will also invite significant economic development opportunities on the City’s open access network, which is now being used by several commercial service providers,’ continues Limberg.

With the demand for bandwidth more than doubling every year, this trial shows how the existing fibre-optic infrastructure can scale to accommodate this. This development shows that the City’s broadband fibre network should safely be able to cope with growing bandwidth demand for at least the next 20 years.

“The City’s vision is aligned with South Africa’s as outlined in the National Development Plan (NDP) – a vision which seeks to provide seamless information infrastructure that will underpin a dynamic and connected vibrant information society, and a knowledge economy that is more inclusive, equitable and prosperous.”

“We are also pleased to be able to partner with commercial service providers to roll out our digital inclusion strategy and stimulate economic development in poorer areas. This proves that the City of Cape Town is one of the leading municipalities in the country when it comes to providing state-of-the-art connectivity,” boasts Limberg

“What we’ve showcased here is a genuine technology landmark. Now that we know we have the capability to create a 400 Gbps backbone, the possibilities are immense.”

“Communities that were previously underserviced are now among the best connected communities in the city, to ensure redress in addressing the imbalances of the past,” concludes Limberg.

The 400 Gbps trial was carried out alongside multiple existing 10 Gbps operational signals supporting live traffic on the same fibre-optic cable. During the trial, data rates were switched between 200 Gbps, 300 Gbps and 400 Gbps to show how capacity can be automatically adjusted according to the network’s shifting traffic and transmission quality requirements without impacting on the operational traffic.