CSG HOLDINGS, the services group aligned to Stellenbosch-based PSG Private Equity, looks determined to lock-in lucrative security services operations. PSG is only a shareholder of reference in CSG, but the former’s deal-making touch has been clearly evident in the latter’s deal-making endeavours in the security sector. The security thrust is also in line with PSG Private Equity’s investment mandate to back businesses with strong margins, reliable cash flows and low capital expenditure requirements.

The deal includes all client contracts, operating contracts, licences and supplier contracts. The Recall deal follows a busy year to end March for CSG in the security sector – which is one of the few economic sweet spots in the local economy (thanks, unfortunately, to a high crime rate and increasing social unrest.)

CSG CEO Pieter Dry said the companies were acquired for the brand name and gaining access to customer lists as well diversification and expansion of the basket of services in the company’s facility management division.

In February this year CSG, through its 70% owned subsidiary Security Operations Group, acquired ‘7 Arrows’ and ‘Cubed Systems’ for R16m. These businesses entail respectively monitoring and guarding services as well as a security products installation and maintenance business. Since the acquisition, 7 Arrows and Cubed Systems contributed R9m to CSG’s. In March this year CSG acquired the guarding business of BFJ Personnel Agency for R3,75m.

The acquisition chipped in revenue of R2,45m. It seems the newly acquired security assets are already making their presence felt on CSG’s income statement.

CSG noted that if the security acquisitions made in the year to end March 2016 had occurred on 1 April 2015, revenue for the group would have topped R1,3bn and profit would have come close to the R87m mark.

The big question now is how big CSG intend growing the security cluster. The local security industry already boasts some large players (like Fidelity) – but remains fragmented with many operations being family-run or operated by independent owners. PSG Private Equity’s deal-making skills could help an acquisitive CSG play a leading role in mustering specialist security services into a larger cohesive force in the years ahead. 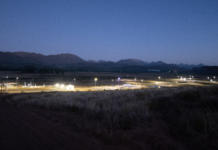 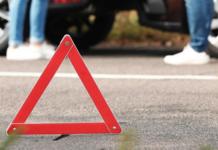