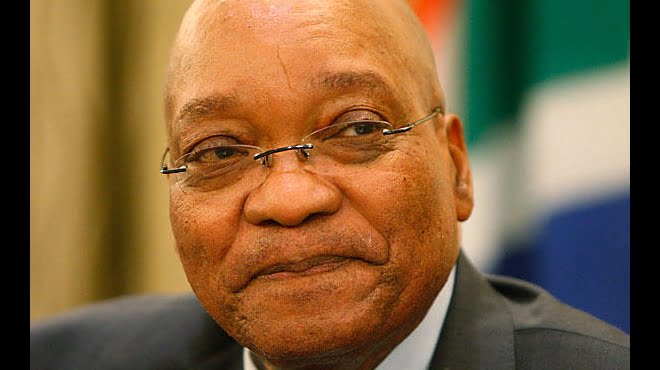 On Thursday, 11 February, President Jacob Zuma will deliver the State Of the Nation Address (SONA) to the National Assembly and the South African people. Since the President delivered the last SONA in February 2015, government has made many strides in the implementation of the programmes outlined in that address.

On Thursday, the President is expected to talk about where South Africa finds itself as a nation and as usual expectation is that he would lay out government’s agenda for the year ahead. President Zuma will deliver the annual report to the nation at 7 in the evening.

Over the years, the SONA speech has become a hit on social network sites and draws high television ratings. In a break from tradition, in 2010 President Zuma started to deliver the address for the first time in the evening to allow more South Africans an opportunity to view the proceedings from Cape Town.  In that year, viewership reached 3.9 million – up from just over two million in 2009 and in 2015, more than 4 million people watched the speech, according to figures from Government Communication and Information System (GCIS.)

In a bid to amplify the SONA message, the Presidency and GCIS will roll out a social media campaign on the day, geared towards those who won’t watch on TV.

There is no doubt that 2015 was a volatile year for South Africa’s economy, but judging by his end of year message, issued by the Presidency in December last year, President Zuma is by and large confident about the country’s growth.

In the end of year statement, President Zuma said South Africa was becoming a frontier for new sectors for foreign direct investment. These were notably in the green economy, oil and gas, shipbuilding and the ocean economy, amongst others. The renewable energy sector has attracted R190 billion in investment.

In the 2015 SONA, the president announced a nine point plan to help steer the economy out of the woods. The plan, which was widely welcomed by business and organised labour, aims to boost economic growth and job creation and serve as a response to the gloomy global economic situation which impacts South Africa’s goal to grow its economy by five percent in 2019.  The plan consists of, among others, revitalisation of the agriculture and agro-processing value-chain; promoting beneficiation, unlocking the potential of small business and the energy challenge.

About 3 000 young people were recruited to serve as champions for water conservation and water demand management; training commenced on 28 September 2015. Tasks include rehabilitation of water conveyances and at least eight canals are currently under construction phase and 15 are in design phase.

2015 was also the year in which several parts of the country were hit by drought and severe water shortages. The impact of the drought has been felt in five provinces that have since been declared as drought related disaster areas. These are the provinces of North-West, KwaZulu-Natal, Free State and most recently, the Limpopo and Mpumalanga provinces.

The Presidency has highlighted some of the interventions by government to address the challenge of water scarcity.

Nationally, the Department of Water and Sanitation has invested just more than R450 million for drought relief. The funds have been spent on motorised water tankers, borehole drilling and rehabilitation, as well as the improvement of dysfunctional infrastructure.

Additional water transfers from the Tugela River to the Goedetrouw Dam; and from the Uthongathi River transferred to the Hazelmere Dam; are taking place continuously. Water is also still being released from the Lesotho Highlands Water Scheme into the Caledon River to supplement the water supply to Mangaung. The raising of the dam walls are in progress at the Hazelmere, Clanwilliam and Tzaneen Dams while construction is underway at Mzimvubu in the Eastern Cape.

The SONA speech will be broadcast live on television and radio. About 11 waste water treatment works have been refurbished nationally which led to the provision of water to 19 119 households in 27 priority district municipalities.

Sectors of the economy making progress

The Presidency says over the past year, a lot of progress has been made in various sectors of the economy with active government support. Officials cite, among others, the growth in the country’s automotive sector which is attributed to the review of the Automotive Production and Development Programme (APDP) and the policy certainty that the Department of Trade and Industry has created.

The APDP has leveraged private-sector investment of over R25,7 billion over the last five years. The confidence in the sector was clearly demonstrated when last year vehicle makers Mercedes Benz, General Motors, Ford and Metair Group committed to invest a combined R7 billion into the South African economy. BMW committed to invest R6 billion in manufacturing the X3 range in its Rosslyn plant and VW R4.5 billion.

On the other hand, Unilever has invested R 4 billion in South Africa in new plants and expansions across the country. Multinationals such as Nestle, Samsung, Hisense have also affirmed South Africa as a regional manufacturing hub and have retained and expanded their investments in new plants.

Government’s Clothing and Textiles Competitiveness Programme (CTCP) has also yielded results. Between the inception of the programme in 2010 and March 2015, over R3 billion was approved to support investment in the sector. As a result 68,000 jobs were retained in the sector, 6,900 new jobs created, 22 new factories in leather and footwear sector opened.

The Presidency says more than R305 million in private sector investment have been committed in the Aquaculture sector, augmenting R105 million Government investment, with 521 jobs already realised and committed among ten aquaculture farms which are already in production.  These farms are located within the Eastern Cape, KwaZulu-Natal, Western Cape and Northern Cape.

Substantial progress has been made in resolving the country’s energy challenges with operations and maintenance practices at Eskom continuing to improve. Eskom signed  short term power purchase agreements that bring additional supply of electricity to cater for the shortfall due to maintenance and to match demand during peak periods. Within the next two years, 92 projects of the renewable energy programme will bring a total of 6 327 MW to the power grid.

This year’s SONA takes place at a time when tensions mount across several SA institutions of higher learning over fees.  President Zuma has called for calm saying the violent behaviour witnessed at some universities was unwarranted and undermines the students’ campaign. Last year, the President met with some student leaders and university heads at the Union Buildings, where a deal was sealed that there would be no fee increases at universities in 2016.

Funding for higher education is expected to be emphasised in the President’s speech on Thursday as students take to the streets to demand free education. A short-term solution for the no fee increment has been implemented and the R2.3 billion that is required is expected to be shared by government and universities at 83% government and 17% for universities. Universities have already received allocation letters addressing the financial shortfall.

This year, funding for students through the National Student Financial Aid Scheme (NSFAS) has been increased from R3 billion to R9,5 billion.

NSFAS continues to help ensure that deserving students can access education at all 25 public universities and 50 public Technical and Vocational Education and Training (TVET) Colleges.

Since its inception, the scheme has awarded approximately R50 billion in loans and bursaries to about 1.5 million students. Student enrolments at all institutions have increased exponentially since 1994.