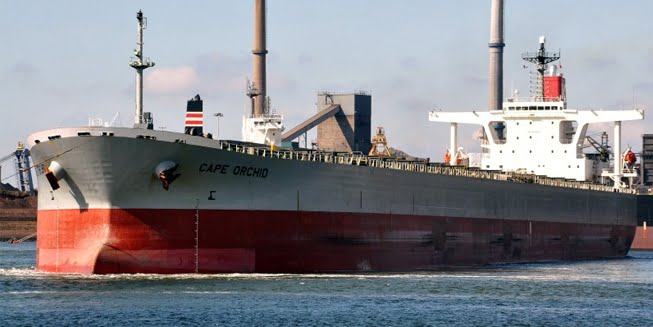 The SA government assisted to facilitate negotiations for acquiring the vessel, it was announced at its launch in Saldanha Bay last week. The event was attended by Minister of Transport Dipuo Peters and her deputy Ms Sindisiwe Chikunga.

More than 80% of goods that come to South Africa are transported by sea, yet until the registration of the Cape Orchid the country’s ship register remained empty.
The Cape Orchid will be a boost to our maritime economy – although owned in the private sector, government supports this initiative as registering the vessel here will create jobs. This ship is destined for Asia laden with Iron Ore. She has also taken on board three maritime cadets who will conclude their Sea Time aboard the vessel.

Tseitsie Mokhele, CEO for SAMSA said, “This registration is among the intended outcomes of BRICS (Brazil, Russia, India, China and South Africa) engagement to increase trade and co-operation. We are intend on increasing the number of South African ships on the register.”

He said the government through SAMSA wanted to stimulate the maritime industry for employment creation purposes, and growing and developing the maritime economy. The ship is owned by Vuka Marine, a South African joint venture company between Via Maritime Holdings (South Africa)  and K-Line and Hong Kong based Japanese firm, K-Line. Another vessel, the Cape Enterprise will also be registered in the coming weeks.

Before the Cape Orchid was registered there were no locally registered merchant ships. AP Moller-Maersk acquired Safmarine in 1999, and Grindrod’s shipping line is registered in Singapore. So South Africa did not have domestic shipping to carry its more than 260-million tons of cargo a year — unlike its BRICS trading partners, which continue to expand their fleets.

Said Mokhele, “South Africa is well placed geographically to benefit from rising trade between BRICS members, and for increased trade into the rest of Africa. With the Department of Transport, SAMSA was able and continues to provide the opportunity for strategic partnerships with maritime stakeholders to spearhead a maritime development agenda for South Africa and Africa.”

He said while the level of engagement in the industry was “not what it should be” SAMSA was working towards changing that. South Africa was a major international gateway into Africa and could benefit from the potential for increased trade between other BRICS countries, Mokhele said.
About 98% of the country’s internationally bound trade is carried by ships and at least R160bn a year is paid for shipping services to foreign owners and operators.

The acquisition of Cape Orchid displays clear public-private engagement in the South African Economy. With the majority of global trade carried by sea, developing strong, well-functioning maritime transport infrastructure is a key element of economic growth for many developing and emerging countries. Public-private partnerships (PPPs) have become a means to manage port operations more effectively, traditionally an exclusively government function. The South African Government wants to share the responsibilities with the private sector. 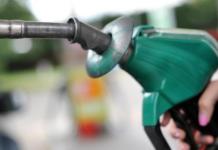 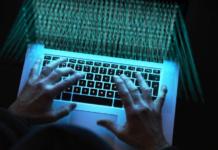 Cyber-Attack on Transnet Cripples the Movement of Goods