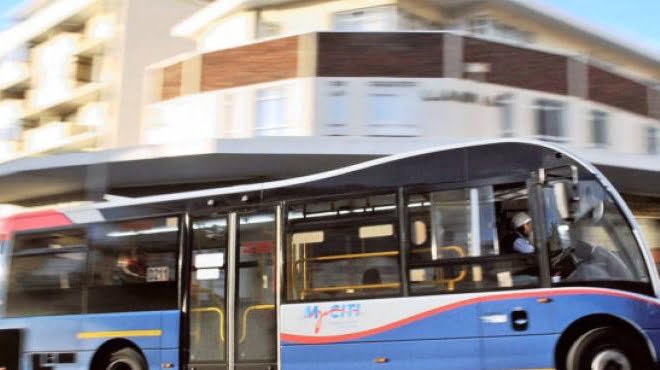 The City of Cape Town plans to issue a tender for the procurement of electric buses for the MyCiTi service, in line with its commitment to lowering carbon emissions.

Mayor Patricia de Lille said in a statement, “Since its inception in May 2010, the MyCiTi service has significantly improved the quality of life of our residents through access to affordable, decent and safe public transport,” she noted, adding that almost 38.5-million passenger journeys have been recorded on the service to date, with a total number of 1.53-million passenger journeys recorded for the month of November 2015.

De Lille outlined that the city had a responsibility to lower its carbon emissions, while expanding the footprint of the MyCiTi service and, as such, sought to procure a fleet of 12 m electric buses.

The tender, which specified that the electric buses should be able to travel at least 250 km in traffic before the batteries needed recharging, would be advertised by the first week of February.

The city was also considering electric double-decker buses for longer-distance trips, as these had more seating capacity.

Besides the buses, the successful bidder would also need to provide the city with the charging stations for the buses and the necessary training for the bus drivers and mechanical engineers.

“Researchers have made great advances in the development of electric buses over the past decade, some of which were presented at the African Union of Public Transport Workshop that was hosted by Transport for Cape Town in October last year.

“If all goes according to plan, Transport for Cape Town will be the first municipality in the country to benefit from the latest alternative fuel technology and we will be the first city in Africa to use electric buses for public transport,” she enthused.

Janine Myburgh, President of the Cape Chamber of Commerce and Industry, told Cape Business News, “The City Council’s enlightened decision to buy electric buses for MyCiti will have some far-reaching consequences and usher in a new age of clean, silent public transport.”

“The problem with electric vehicles has always been the heavy and expensive batteries with limited capacity and a short life but the lithium ion battery has changed all that. The City wants the buses to be capable of travelling 250km on a single charge but this seems excessive.”

“Bus operators know just how much distance an electric bus will cover in a day. Buses also tend to work in shifts during the morning and evening peak hours giving them idle time in the middle of the day to recharge with solar power. Electricity left over after the evening commute can be feed back into the grid during the evening peak demand period and the buses can again be recharged for the morning with the surplus of electricity Eskom produces late at night when there is little demand for power. This is the cheap electricity that is normally bought for pump storage.”

Then there is the cost of maintenance. Electric vehicles don’t need oil changes or even servicing for that matter. They don’t have clutches or gearboxes and their brakes last forever because vehicles go into regenerations mode as they slow down and absorb the stored momentum or kinetic energy into the battery.

“And here’s a big plus. When electric buses are stuck in rush hour traffic the engine is effectively “off” and not using any power or idling like polluting diesel buses do. They are driven by lithium ion batteries and have a range of 80 km on a 30 minute charge. The, maximum speed is about 100 km/h.”

“A range of 80 km should be enough for three inbound trips from, say, Wynberg to the CBD and the two return journeys. In other words it should be able to deliver three loads of passengers to the CBD in the morning peak hour and twice as many on shorter routes like the Sea Point run,” Myburgh added.

But there have been vast improvements since 208 and modern batteries will deliver more than enough range today.

“Even if the first electric buses are relatively expensive they offer us the chance to get straight onto the learning curve and prepare for the future. The final point is that is that Cape Town is well placed to manufacture bus bodies from composite materials. We have established companies with a great deal of composite experience in our yacht and boat-building industry while a Somerset West firm, AA Composites, a recent winner of the Chamber’s Exporter of the Year competition, has been building aircraft cabin parts since the days of the Concorde.”

“We have the skills and the electric bus is a very predictable part of the future. Good decision, Cape Town,” Myburgh concluded.

City to be declared a restructuring zone