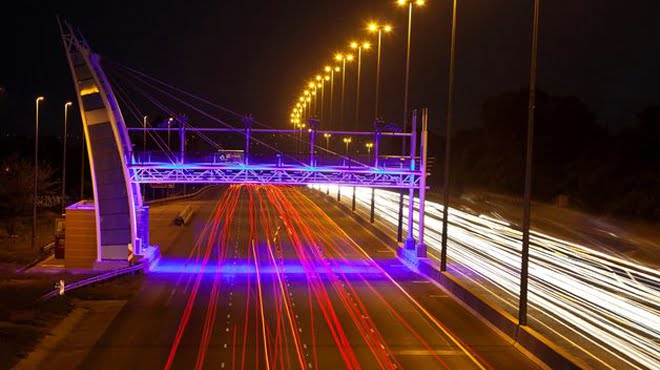 The City of Cape Town recently appealed against the order made by Judge Ashley Binns-Ward of the Western Cape High Court on 28 August 2014 concerning SANRAL’s secrecy application.

“The City of Cape Town is committed to transparency, accountability and the constitutionally enshrined right of access to information that is held by the State and its entities in all spheres of government.

“We believe that the residents of Cape Town, the public in general and the media are entitled to the information about tolling projects that the South African National Roads Agency Limited (SANRAL), a State-owned entity, wants to keep secret.

“The City of Cape Town cannot condone SANRAL’s conduct; in fact, to do so would be in defiance of our Constitution. If SANRAL proposes that the tolling of the N1 and N2 is the best possible solution for Cape Town, the public is entitled to know how SANRAL arrived at this decision; what alternatives were considered by SANRAL; what process was followed to appoint the preferred bidder for the tolling of these freeways; what motorists will be charged in toll fees; and what percentage of this income, that is to be derived from tolling, will be spent on actual road maintenance.

“This is why we were in the Supreme Court of Appeal today: to fight for transparency, accountability and access to information – the bedrock of any healthy democracy.

“SANRAL was unsuccessful in proving to the Western Cape High Court that any of the information about the tolling of the N1 and N2 freeways they want to hide from the public, is indeed confidential.

“However, the order that Judge Binns-Ward made on 28 August last year paradoxically still prevents any public access to this information until the City’s application for a review of SANRAL’s decisions is heard in an open court.

“The City’s appeal in the Supreme Court of Appeal today concerned the ‘implied undertaking rule’, a rule of English law which prevents the use of documents obtained by way of compulsory disclosure and the interpretation of Uniform Rule 62(7) which regulates public access to court files.

“Judge Binns-Ward applied the implied undertaking rule in his judgment, meaning that the City and other parties to the court proceedings may not disclose to any third party (the media or public) information which SANRAL was forced to disclose to the City as part of our review application.

“The City has also challenged Judge Binns-Ward’s interpretation of Rule 62(7) (a procedural rule of court). His application of this sub-rule restricts access to court files in all matters by a person who does not have a ‘direct legal interest’ in the case and as such significantly impairs the public and the media’s access to court papers.

“This means that the public cannot see the content of the supplementary founding affidavit which the City has filed at court until the review application is heard in the Western Cape High Court on 11 August 2015.

“In these founding papers are matters of great public importance about the proposed tolling of these roads, for example: information about the toll fees to be charged on the N1 and N2 freeways; a comparison between these fees and the toll fees that are charged to motorists using the Gauteng Freeway Improvement Project; the toll revenue that the preferred bidder is to receive from the tolling project; as well as how much of every rand collected in toll fees will be spent on the toll project infrastructure and operations as opposed to road improvements, maintenance and operational work.

“Furthermore, it has been the general practice of High Courts for the past 21 years to make court documents available on request, irrespective of who has asked for it.

“Journalists have also relied on access to court documents as a vital source of information to report not only on the case itself, but on matters of broad public interest. Even the general public has been able to obtain court papers in matters to which they are not party.

“Following on from Judge Binns-Ward’s judgment however, new procedural requirements have been implemented at the Western Cape High Court since September last year, restricting access to court files.

“The City therefore supported the following organisations’ application to be admitted as Amici Curiae (Friends of the Court): Legal Resources Centre; Right2Know Campaign; Section 16; the Open Democracy Advice Centre; the Mail & Guardian Centre for Investigative Journalism; the South African National Editors’ Forum; Section 27; the Socio-Economic Rights Institute of South Africa; the South African History Archive, the Democratic Governance and Rights Unit; and Corruption Watch, as well as their subsequent application to the Supreme Court of Appeal this morning to submit new evidence by way of oral argument in challenging the interpretation of Rule 62(7) and the application of the implied undertaking rule.

“SANRAL wants to keep taxpayers in the dark about the cost of the tolling project by preventing the City from disclosing the information that is contained in its bid record.

“If SANRAL is indeed committed to transparency, it would not continue in its efforts to keep the information, which is not confidential, from the public based solely on a novel interpretation of the procedural requirements relating to disclosure of documents filed as part of litigation proceedings.

“We are looking forward to the Supreme Court of Appeal’s ruling in this matter.”

Here is who got Sanral’s R1.65bn bridge tender

SANRAL investment in the country’s youth to increase, yet again

SANRAL in the market for a new CEO